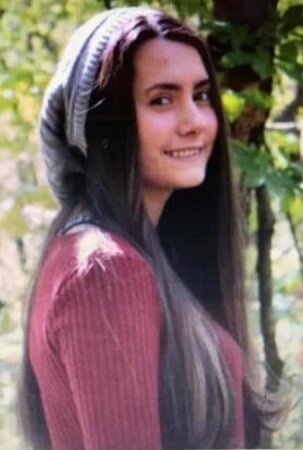 Abigail (Abby) Regina Jones of Wappapello, Missouri daughter of Ronald and Susan Jones Born on September 03, 2001 in Warrensburg, Missouri passed from this life on January 30, 2022 in Rolla, Missouri at the age of 20 years, 3 months and 31 days. Abby had lived in Wappapello, Missouri since January of 2010. She has also lived in other places like Warrensburg, Missouri, Fairbanks, Alaska and Cheyenne, Wyoming. Abby attended and graduated from Puxico High School. She was a member of the Puxico Marching Band and the Perfect 10 Improve/Theater Program. She was also a member of the Missouri S and T Air Force ROTC. She was of the Catholic Faith. Abby is survived by her parents Ronald Franklin and Susan Alonzo (Morley) Jones of Wappapello, Missouri; her maternal grandparents William and Marie Velma Morley; her great grandmother Ann Marie Morley of Youngstown, Ohio; one uncle Marcel (Amber) Jones; two cousins Daphny Jones and Justin Hayes; her boyfriend Luke Goeckner. Abby was proceeded in death by her paternal grandparents Dr. Floyd and Regina Jones; her great grandfather William C Morley and one uncle Mike Jones. A host of family and friends also survive. Visitation will be held on Sunday February 06, 2022 from 4:00 p.m. to 8:00 p.m. at Watkins and Sons Funeral Home in Puxico, Missouri. Funeral Services will be held on Monday February 07, 2022 at 11:00 a.m. at the Watkins and Sons Funeral Home in Puxico, Missouri with Brother Charlie Robertson officiating and Watkins and Sons Funeral Home of Puxico, Missouri in charge of all arrangements. Interment will follow in the Missouri State Veterans Cemetery in Bloomfield, Missouri. Watkins and Sons Funeral Service info@watkinsfuneralhome.com or phone 573-624-3548
To order memorial trees or send flowers to the family in memory of Abigail Regina Jones, please visit our flower store.