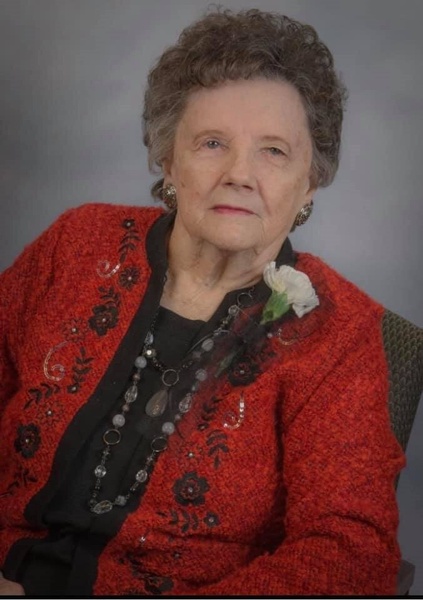 Betty Jo Wilson of Puxico, Missouri born to the late Marshall and Ola (Perrin) High on November 18, 1929 in Pocahontas, Arkansas and passed away on September 11, 2021 in Dexter, Missouri at the age of 91 years. Betty Jo married Robert ‘Jack’ Wilson on March 26, 1949 in Piggott, Arkansas until his death on August 07, 2009. She was a member of the Church of Christ. Betty Jo enjoyed sewing and was a member of the Mingo Saddle Club. She was the owner of Wilson five and dime store in Puxico, Missouri. Betty Jo is survived by two daughters Debbie (Jack) Foster of Puxico, Missouri and Tammy (Allen) Hull of Wappapello, Missouri; three grandchildren Shaun (Heather) Foster, Jerry Foster and Ryan (Kelsey) Franklin; six great grandchildren Dana Foster, Hannah Foster-Halcumb, Lily Foster, Liam Foster, Waylon Foster and Kypton Jack Franklin and special relative Brian Franklin. She is preceded in death her parents Marshall and Ola High and two sisters Thelma Lee Landrum and Mary Ann Jenkins. A host of family and friends also survive. Visitation will be Tuesday September 14, 2021 from 5:00 p.m. to 8:00 p.m. at the Watkins and Sons Funeral Home in Puxico, Missouri. A private family funeral service will be at a later date. With Watkins and Sons Funeral Service of Dexter in charge of arrangements. Watkins and Sons Funeral Service www.watkinsfuneralhome.com
To order memorial trees or send flowers to the family in memory of Betty Jo Wilson, please visit our flower store.