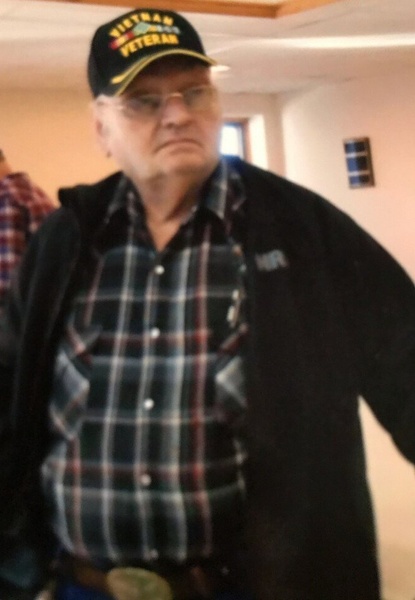 Delbert L. Pruett of Dexter, Missouri was born to the late Elvis and Ather (Kelso) Pruett on September 26, 1945 in Bloomfield, Missouri and passed away on April 02, 2021 in his home in Dexter, Missouri. Delbert had been a resident of Dexter, Missouri area all his life. He was in the United States Army. He attended Beechwell General Baptist Church in Campbell, Missouri. He worked for Federal Mogul for 29 years. Delbert enjoyed watching TV and spending time with family and friends. Surviving Delbert is his wife Judy (O'Neal) Pruett of the home; dear friend Peggy Spence of Dexter Missouri; three grandchildren Camrin Thurston, Khole Thurston and Maddie Thurston all of Dexter, Missouri. Delbert is proceeded in death by his parents Elvis and Ather Pruett; one brother James Pruett and one son Greg Pruett Visitation will be held on Monday April 05, 2021 from 9:00 a.m. to 11:00 a.m. at Watkins and Sons Funeral Home in Bloomfield. Funeral Services will be held on Monday April 05, 2021 at 11:00 a.m. at Watkins and Sons Funeral Home in Bloomfied with Minister Gary Long of Campbell, Missouri officiating. Interment will follow in the Missouri State Veterans Cemetery in Bloomfield, Missouri with Watkins and Sons Funeral Service of Bloomfield in charge of arrangements.
To order memorial trees or send flowers to the family in memory of Delbert Pruett, please visit our flower store.