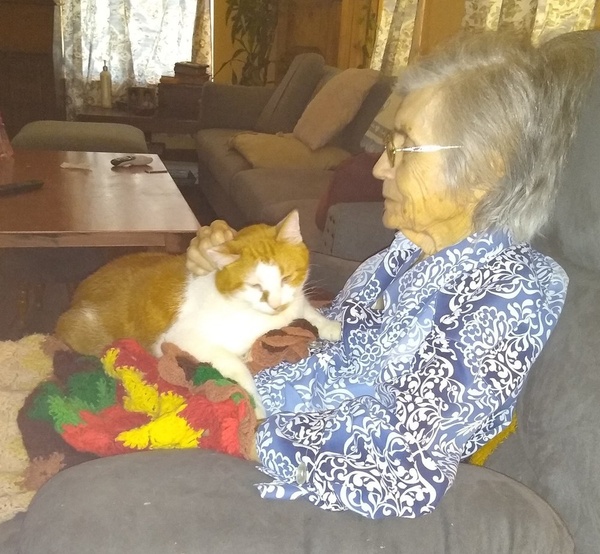 Ellen Sylvania Watson born to the late Frederick and Anzel (Ringham) Frank on May 17, 1927 in Dexter, Missouri and passed away on August 05, 2021 in Puxico, Missouri at the age of 94 years. Ellen married Berry Watson in 1952 and they were happily married until his passing in 1989. They lived in St. Louis, Missouri from 1953 - 1973 after retiring they moved to Dexter, Missouri. Later in years she attended Sadlers Chapel Church. Ellen is survived by one son Harold Watson of Springfield, Missouri; one daughter Ann Marie Watson of St. Petersburg, Florida; four grandchildren and one great grandchild. She is preceded in death by one son Frank Watson and one brother Louis Amel Frank. A host of family and friends also survive. In lieu of flowers please donate to an animal shelter of your choice. Visitation will be held on Monday August 09, 2021 from 6:00 p.m. to 8:00 p.m. at Watkins and Sons Funeral Home in Bloomfield. Funeral Services will be held on Tuesday August 10, 2021 at 1:00 p.m. at Watkins and Sons Funeral Home in Bloomfield with Brother Dale Holman of Dexter, Missouri officiating. Interment will be on August 10, 2021 in the Bloomfield Cemetery in Bloomfield, Missouri. With Watkins and Sons Funeral Service in charge of arrangements.
To order memorial trees or send flowers to the family in memory of Ellen Watson, please visit our flower store.