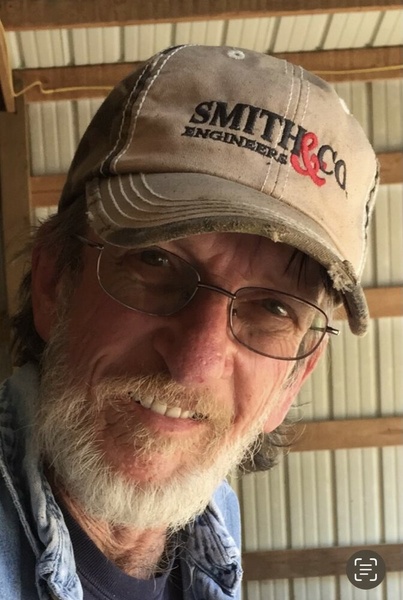 Jackie Dale Burns Jackie Dale Burns of Puxico, Missouri, son of the late Charles Jasper and Thelma Blanche (Bailey) Burns was born on March 11, 1955, in Advance, Missouri and passed from this life on August 19, 2022, in Cape Girardeau, Missouri at the age of 67. He lived in the Southeastern Missouri area all of his life. Jackie loved to hunt, fish and enjoyed every sport. Most of all he enjoyed the time he spent with family, especially grand and great grandkids. Jackie was of the Baptist faith. He retired from Arvin/ Faurcia in 2015. Jackie married Teresa Carter on November 17, 1973 , in Gypsy, Missouri. Jackie is survived by his wife of the home; one son Charles (Tina) Burns of Puxico, Missouri; two daughters Tanya (Russell) Baugus of Ellsinore, Missouri; Courtni (Chris) Wirz of Puxico, Missouri; one sister Beverly (George) Payne of McGee, Missouri; eight grandchildren Brandon (Hannah) Law, Maddyson Holloway, Bailey Burns, Byron Gross, William Baugus, Jax Wirz, Bryson Burns, and Tessa Wirz; three great grandchildren Blaze, Daisy, and Carter; also surviving are very close and personal friends Cindy, Randy and Jarrett Martin as well as a host of family and friends. Visitation will be held on Monday, August 22, 2022, from 4:00 p.m. to 6:00 p.m. at the Cowboy Church near Puxico, Missouri. Funeral Services will be held on Monday, August 22, 2022, at 6:00 p.m. at the Cowboy Church near Puxico, Missouri with Marvin Jones and Scott Sifford of Puxico officiating and Watkins and Sons Funeral Home of Dexter in charge of all arrangements. Watkins and Sons Funeral Service info@watkinsfuneralhome.com or phone 573-624-3548
To order memorial trees or send flowers to the family in memory of JACKIE DALE BURNS, please visit our flower store.