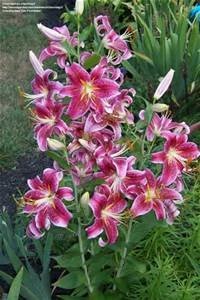 Katherlene Thomas of Parma, Missouri was born on January 14, 1943 in Hughes, Arkansas, was the daughter of James Exson and Gertrude Glasper Exson and passed away at her home in Parma. She was a member of the Mt. Cavalry Missionary Baptist Church, where she was considered a church mom, usher of the church, and a very good cook. She was a employee of the City of Parma. She loved being around and working with small children. Katherlene was a teacher in the early years at DEAC Grayridge headstart where she worked with small children. She was married to Sidney Thomas in Mansfield, Ohio in 1956. Surviving her are four sons John Edwards, Sidney Edwards both of Nettleton Mississippi, Andrew Thomas of Parma Missouri, Albert Thomas of Oceanside California; three daughters Alice Thomas of Parma Missouri, Cidney Thomas of Baltimore Maryland and Floura Myers of Parma Missouri; twenty three grandchildren, and many great grandchildren; one brother Charlie Glasper Jr. of Marion Arkansas; one sister Barbara Williams of Junction City Kansas. A host of family and friends also survive her. Katherlene was preceded in death by three sons James, Charles, Kevin Thomas, and one brother and four sisters. Visitation is Wednesday January 27, 2021from 2:00 to 4:00 PM at the Watkins and Sons Funeral Home in Dexter. Online condolences may be sent to the family at www.watkinsfuneralhome.com Watkins & Sons Funeral Service info@watkinsfuneralhome.com or phone 573-624-3548
To order memorial trees or send flowers to the family in memory of Katherlene Thomas, please visit our flower store.