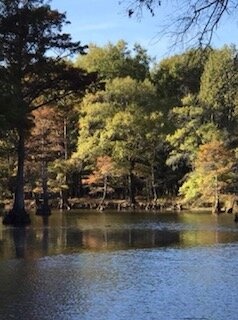 Louise Imogene Smith of Bloomfield, Missouri was born to the late Otis Jasper and Winnie Weaver on June 10, 1931 in Bloomfield, Missouri and passed away on September 3, 2021 in Dexter Missouri at the age of 90. Louise was a cook on the river boat working many years. She loved cooking, outdoors and gardening. Louise married Lewis Lee Smith in 1949 in Tucson Arizona, and was of the Baptist faith, Lewis preceded her in death in 1984. Louise is survived by her two sons Richard Smith of Bloomfield, Missouri and Jackie (Janet) Smith of Oklahoma City, Oklahoma; four grandchildren; five great grandchildren and four great-great grandchildren; one brother Don Weaver; three sisters Melba, Dorothy, and Georgie. Louise is preceded in death by her parents Otis and Winnie Weaver; one son Gerald Smith; one daughter in law Judy Smith; two brothers Dale and James Weaver; one sister Helen Bowling. A host of family and friends survive Louise. Graveside Service will be held Saturday September 11, 2021 at 11:00 a.m. at Hills Cemetery near Dexter. Interment will follow in Hills Cemetery near Dexter, Missouri with Watkins and Sons Funeral Service of Dexter in charge of arrangements.
To order memorial trees or send flowers to the family in memory of Louise Imogene Smith, please visit our flower store.