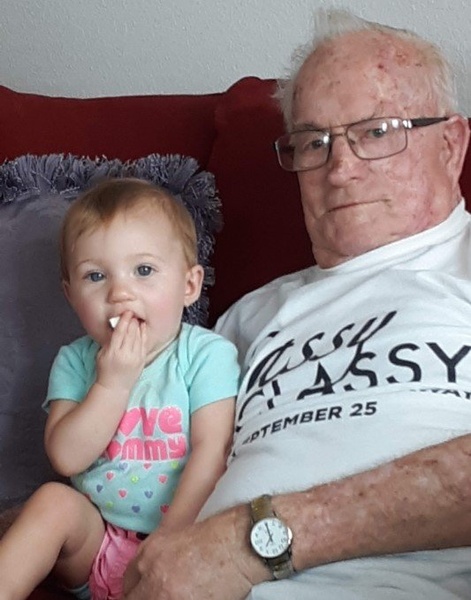 Murel Allen Leek of Dexter, Missouri was born to the late Amos and Allie (Williams) Leek on September 05, 1934 in Moorehouse, Missouri and passed away on July 28, 2021 in Poplar Bluff, Missouri at the age of 86 years. Murel had been a resident of Dexter, Missouri most of his life. He also lived in Michigan. He loved to go to the casino. Murel was married to Glenda Thorne on July 03, 1953 in Flint, Michigan. She preceded him in death on October 30, 1998. Surviving is his daughter Kay Holmes of Dexter, Missouri; two grandchildren Tammy Holmes and special friend Jay of Dexter, Missouri and Joshua (Dixie) Holmes of Colorado Springs, Colorado; three great grandchildren Forrest Holmes of Colorado Springs, Colorado, Troy (Ashley) Hampton of Bernie, Missouri and Mitchell Hampton of Bernie, Missouri; one great great grandchild Sophia Hampton of Bernie, Missouri; one sister Betty Foust of Harvell, Missouri; special friend Sallie Pratt and her daughter Sherri. Murel was preceded in death by several brothers and sisters and one great great granddaughter and his step dad George Blagg. A host of family and friends also survive. Visitation will be held on Saturday July 31, 2021 from 11:00 a.m. to 1:00 p.m. at Watkins and Sons Funeral Home in Dexter. Funeral services to be held on Saturday July 31, 2021 at 1:00 p.m. at Watkins and Sons Funeral Chapel in Dexter, Missouri with Rev. Mike Williams of Dexter, Missouri officiating. Interment will follow in the Memorial Gardens Cemetery in Poplar Bluff, Missouri with Watkins and Sons Funeral Service of Dexter in charge of arrangements
To order memorial trees or send flowers to the family in memory of Murel Leek, please visit our flower store.