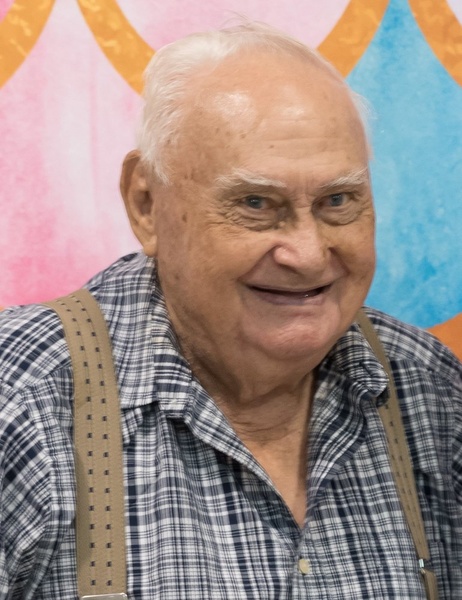 Ralph DeLay of Dexter, son of the late Charles and Osa Pender Delay, was born Tillman, Missouri on July 18, 1926, passed away at St. Frances Medical Center in Cape Girardeau, Missouri on May 24, 2021, at the age of 94 years, 10 months and 6 days. Ralph had lived in Bloomfield and Dexter all his life. He worked as a farmer all his life, he attended the Church of Christ in Dexter. Ralph married Beatice Summers on September 3, 1960 in Avert, Missouri. He is survived by two sons, Victor (Belinda) DeLay of Bloomfield, Rick (Amy) DeLay of Bloomfield, Missouri; two daughters, Michelle (Denny) Hubbard of Dexter, Missouri and Kathie Anderson of St. Louis, Missouri; seven grandchildren; Josh (Kasie) DeLay, Samantha (Derek) Ford, Courtney (Nathan) Aslin, Hailee Hubbard, Chelsea DeLay, Britney Hubbard and Richard Anderson; four great grandchildren, Sydney DeLay, Asher Ford, DeLayne Aslin and Jameson Ford. Other relatives and friends also survive. He was preceded in death by his parents two brothers and one daughter, Nicole DeLay. Visitation will be held on Wednesday, May 26 , 2021 after 11:00 a.m. until time of services at 1:00 p.m. at the Watkins and Sons Funeral Home in Dexter with Bro. Steve Tippen of Dexter officiating. Interment will follow in the Hollis Cemetery in Acorn Ridge with Watkins and Sons Funeral Service of Dexter in charge of arrangements. Online condolences may be sent to the family at www.watkinsfuneralhome.com Watkins and Sons Funeral Service info@watkinsfuneralhome.com or phone 573 624 3548
To order memorial trees or send flowers to the family in memory of Ralph Delay, please visit our flower store.