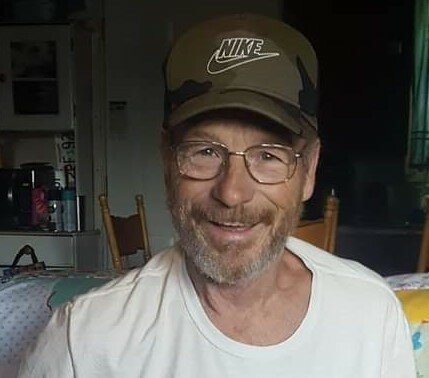 Richard Danny Neeley of Dexter, Missouri, son of the late Val Gene and Gearldine (Kelly) Neeley was born on March 28, 1958 in Giddeon, Missouri and passed away on January 29, 2022 at Southeast Hospital in Dexter at the age of 63. He was a United States Navy Veteran where he was a Hull Technician, Fireman and a Welder. Richard worked at Arvin Automotive as a welder for twenty five years where he was known as “Woochie”. He was a devoted Christian who studied the bible and loved to share his faith. He enjoyed music and gardening. But most of all he loved his girls, his family and his faith. Richard is survived by his honey of fifteen years Debbie Smith; his first wife of twenty-two years Lisa Livesay; three beautiful daughters Jennifer (Dennis) Walton, Rebecca (Damon) Boner and Patricia (Jason) Thomas, all of Dexter, Missouri; eight grandchildren Jordan Richardson, Tessla and Taylor Boner, Trey Pedigo, Priscilla Palmer, Preston Sebastian and Hadley Walton; three brothers Ernest (Teresa) Neeley of Clarkton, Missouri, Hubert (Teresa) Neeley of Dexter, Missouri and Ronald Neeley of Bernie, Missouri; three sisters Dianna Bruce of Poplar Bluff, Missouri, Flossie (Kenny) Ellis of Aztec, New Mexico and Roselee Miller of Dexter, Missouri; six half- siblings Everett, Ralph, Bud (Kathy) and Wayne Neeley, Johnny (Georgia) Bruce and Frankie (Bobbie) and one half-sister Pat. Richard was preceded in death by his parents Gene and Gearldine Neeley; one grandson Ethan Palmer; one brother Homer Gene Neeley; eight half-siblings Jerry, Leon, Paul, David, Verda, Louise and Lois. A host of family and friends also survive. Visitation will be held on Tuesday February 01, 2022 from 4:00 p.m. - 7:00 p.m. at the Watkins and Sons Funeral Home in Dexter, Missouri. Funeral Services will be held on Wednesday February 02, 2022 at 11:00 a.m. at the Watkins and Sons Funeral Home in Dexter, Missouri with Pastor Tim Russell officiating. Interment will follow in the Hagy Cemetery in Dexter, Missouri with Watkins and Sons Funeral Service in charge of all arrangements. Watkins and Sons Funeral Service info@watkinsfuneralhome.com or phone 573-624-3548 In the words of Woochie “Who loves you?”
To order memorial trees or send flowers to the family in memory of Richard Danny Neeley, please visit our flower store.