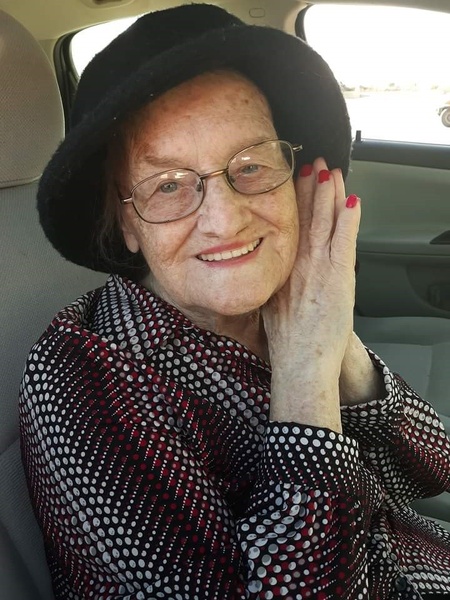 Wanda Mae Baird Wanda Mae Baird born to the late Edward and Flossie (McCormick) Lacy on November 07, 1931 in Kennett, Missouri and passed away on July 28, 2021 in Cape Girardeau, Missouri at the age of 89 years. Wanda was married to Thomas Baird on September 12, 1950 until his death on April 27, 1978. She made beautiful quilts, the best chicken and dumplings and yeast rolls. She was a member of Southwest Church of the Nazarene where she taught and took the youth under her wing. She also attended the First Baptist Church of Essex until the time of her death. Wanda is survived by three sons David (Andrea) Baird of Colfax, Indiana, twins Larry Baird of Colfax, Indiana and Garry (Sheila) Baird of Dexter, Missouri; six daughters Diane (Roy) Poe of Aquilla, Missouri, Vicki Myer of Dexter, Missouri, Charlotte (Richard) Cochran of Morehouse, Missouri, Elsie Smothers of Puxico, Missouri, Carolyn (Michael) Castleberry of Cumberland, Tennessee and Cindy Baird of Cumberland, Tennessee; eleven grandchildren; twenty-seven great grandchildren; three great great grandchildren; one brother John Lacy of Defiance, Missouri and several nieces and nephews. She was preceded in death by two brothers Frank Lacy and Joe Lacy; one grandson Alex Myer and one great granddaughter Elizabeth Bruce. A host of family and friends also survive. Visitation will be held on Monday August 02, 2021 from 10:00 a.m. to 11:30 a.m. at Watkins and Sons Funeral Home in Dexter. Funeral Services will be held on Monday at 11:30 a.m. at Watkins and Sons Funeral Home in Dexter with Brother Krag Runzi of Puxico, Missouri officiating. Watkins and Sons Funeral Service in charge of arrangements. Watkins and Sons Funeral Service www.watkinsfuneralhome.com
To order memorial trees or send flowers to the family in memory of Wanda Baird, please visit our flower store.