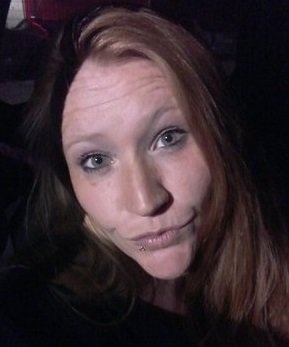 Alisha (Petty) Hagy of Wappapello, daughter of John Henry, Sr. and Linda Sue Watson Petty, was born May 4, 1984, in Charleston, Missouri and passed away in Memphis on September 2, 2017, at the age of 33 years, 3 months and 29 days. She had lived in Essex and Grayridge area most of her life before moving to Wappapello two years ago. She had worked at Dollar Tree and loved to decorate, do arts and crafts, singing and music. On June 19, 2010, she married Johnny Ray Hagy. Surviving are her husband, Johnny Ray Hagy of Wappapello; her parents, John Henry, Sr. and Linda Sue Petty of Wappapello; two daughters, Lillyonna Morrison of Wappapello, Stashia Hagy of Dexter; five sons; Juice Hagy and Zeke Hughes both of Wappapello, Cody Hagy, James Wallace and Brandon Mitchell all of Dexter; one grandson, Landon Michael; two brothers, Dallas Petty of Malden, and Nicholas Petty of Wappapello; two special nieces, Hannah Wilson and Hayli Petty both of Dexter. Other relatives and friends also survive. She was preceded in death by a brother, John Henry "J.J." Petty, Jr. and all of her grandparents, both Watson's and Petty's. Visitation will be held on Friday, September 8, 2017, from 11:00 a.m. to 1:00 p.m. at the Watkins & Sons Funeral Home in Dexter. Funeral Services will be held on Friday, September 8, 2017 at 1:00 p.m. at the Watkins & Sons Chapel in Dexter with Rev. Richard Blagg of Wappapello officiating. Interment will held at the Dexter Cemetery in Dexter, Missouri with Watkins & Sons Funeral Service of Dexter in charge of arrangements.

To order memorial trees or send flowers to the family in memory of Alisha Petty Hagy, please visit our flower store.