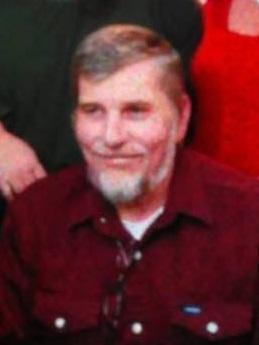 Allen Bolin of Bloomfield, son of Frances A. Pullum Bolin Hester and the late Scott Bolin, was born in Dexter, Missouri on June 28, 1965, and passed way at the St. Francis Medical Center in Cape Girardeau on December 28, 2016 at the age of 51 years and 6 months. Allen had lived in the Bloomfield area all of his life. He enjoyed landscaping and had attended the Lighthouse Christian Center in Dexter. On April 5, 2010, he was married to Jolene Hillis Jones in Piggott, Arkansas. Surviving are his wife, Jolene Bolin of Bloomfield; mother, Frances A. Hester of Bloomfield; two sons, Eric & Jeffery Allen Bolin both of Bloomfield; three step-daughters, Tabitha Jones of Malden, Katlynn Jones of Poplar Bluff, Sonya Jones of Bloomfield; one brother & wife, Winfield “Windy” & Lisa Bolin of Essex; three sisters & husbands, Kim & Kenneth Johnson of Bloomfield, Kay & James Robbins of Bell City; Stephanie & Terry Robinson of Wappapello. Other relatives and friends also survive. Friends may call on Monday, January 2, 2017, from 5:00 to 8:00 p.m. at the Chiles-Cooper Funeral Home in Bloomfield. Funeral services will be held on Tuesday, January 3, 2017 at 10:30 a.m. at the Chiles-Cooper Funeral Home in Bloomfield with the Rev. Sue Welborn of Bloomfield, officiating. Interment will follow in the Walker Cemetery in Bloomfield with Chiles-Cooper Funeral Home of Bloomfield in charge of arrangements.
To order memorial trees or send flowers to the family in memory of Allen Bolin, please visit our flower store.