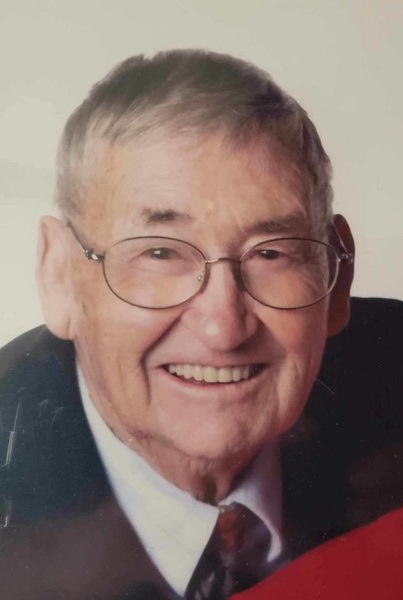 Alvin Metz of Dexter, son of the late James Edgar and Laura Oralie Bascom Metz, was born in Parma, Missouri on May 24, 1927, passed away at the Southeast Missouri Hospital in Cape Girardeau, Missouri on April 13, 2019, at the age of 91.

Alvin had lived in Paragould, Arkansas and the last thirty years in Dexter. Alvin was a retired Steel Mill worker. He was a member of the Grace Fellowship Church. Alvin most enjoyed being active in church and eating.

On July 12, 2003 Alvin was married to Deanna Ott in Dexter, Missouri

Visitation will be held on Monday, April 15, 2019 after 12:00 p.m., until time of services at 1:00 p.m. at the Watkins and Sons Funeral Home in Dexter with the Rev. Bonnie Cannell of Dexter officiating.

Interment will follow in the Dexter Cemetery in Dexter with Watkins and Sons Funeral Home of Dexter in charge of arrangements.

To order memorial trees or send flowers to the family in memory of Alvin Metz, please visit our flower store.