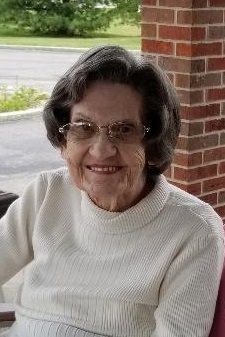 Anna Mae Stanfill of Louisville, Kentucky, daughter of the late George and Rachel Gaines, was born in Dexter, Missouri on March 16, 1933, passed away at the Louisville East Post Acute Care in Louisville on January 24, 2019, at the age of 85 years, 10 months and 8 days.

Anna had had lived in Fairdealing and Dexter before moving to Louisville, Kentucky in 1998. She was member of the of the 1st Church of God in Louisville. She had been active in a senior citizens group and her church. She loved writing poetry and southern gospel music.

Interment will follow in the Armstead Dowdy Cemetery near Dexter with Watkins & Sons Funeral Service of Dexter in charge of arrangements.

To order memorial trees or send flowers to the family in memory of Anna Mae Stanfill, please visit our flower store.