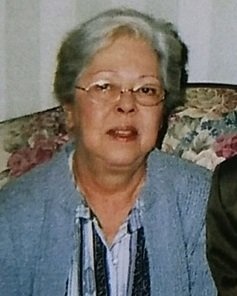 Gayle Clayton Jarrell, born October 28, 1942 to Talmadge Clayton and Berniece Owen Clayton in Blytheville, Arkansas. Gayle was the second oldest of seven children, Boyce W. Clayton, deceased, of Colorado Springs, Colorado; Larry Junior Clayton, deceased, of Malden, Missouri, Curtis T. Clayton of Sun City West, Arizona; Carolyn Kay Clayton Leonard of Denver Colorado; Randy Steve Clayton, deceased, of Dexter, Missouri; Morris Trent Clayton, deceased, of Malden, Missouri. Gayle moved from Blytheville, Arkansas with her parents and older brother to a family farm just three miles outside of Malden, Missouri as a very young child. She attended school in the Malden school system where she was an above average student and made many lifelong friends and was very popular with her classmates. She belonged to the Glee Club, played the French horn in the high school band and was a cheerleader all through high school. Her senior year of high school she met the love of her life, James F. Jarrell Sr. of Dexter, Missouri who was in the Navy at the time. Shortly after graduation that year she and Jim were married. Gayle moved to Norfolk, Virginia to be with Jim while he served out his stint in the Navy. Upon discharge from the Navy, Gayle and Jim moved to Phoenix, Arizona where Jim worked as a machine operator for Goodyear and Gayle became a credit manager for Sears & Robuck Company. Gayle and Jim had a son, James F. Jarrell 11 a few years after moving to Phoenix. After a period of nine years they decided to move back to Dexter to be closer to friends and family. Gayle was preceded in death by her husband Jim, and four of her five brothers. She is survived by her son James and daughter in-law Lisa Jarrell of Dexter, her brother Curtis Clayton of Sun City West, Arizona, her sister Carolyn Clayton Leonard of Denver, Colorado; Grandson Joshua & Whitney Jarrell of Dexter; Granddaughters Ashleigh Armstrong, Cape Girardeau, MO and Caitlin Armstrong Jackson,MO as well as so many wonderful great grandchildren she dearly loved. She is also survived by many nieces and nephews as well as great nieces and great nephews. Gayle has been a lifelong member of the Church of Christ of Malden and Dexter. She will be remembered always as a beautiful and kind Christian lady. Services officiated by Reverend Mother Leslie Stewart. May you rest in God's House forever and ever. Amen….. Friends may visit on Saturday, July 8, 2017, from 9:00 to 11:00 a.m. at the Watkins & Sons Funeral Home in Dexter, Missouri. Funeral services will be held on Saturday, July 8, 2017 at 11: a.m. at the Watkins & Sons Chapel. Interment will be in the Sadlers Chapel Cemetery near Dexter, Watkins & Sons Funeral Service in charge of arrangements.

To order memorial trees or send flowers to the family in memory of Annis Gayle Jarrell, please visit our flower store.