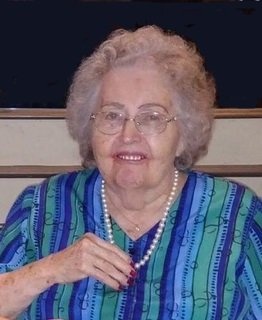 Audrey Marcella Pulling of Parma, daughter of the late Otto and Edna Ruth Zile Coffey, was born near Essex on July 11, 1921, and passed away at the Crowley Ridge Care Center in Dexter, Missouri on September 14, 2017, at the age of 96 years, 2 months, and 3 days. Audrey had lived in Essex until 1959 when she moved to Parma. She had been a member of the First Baptist Church in Parma where she had taught Training Union, was Sunday School Director for several years, the Adult Director for many years and a member of the W.M.U at the church. She graduated from Southeast Missouri State University and was a elementary school teacher for 39 years, teaching in Stoddard County and New Madrid County. She was a member of the Parma Civic Club for Women, M.S.T.A. and N.R.T.A. On August 7, 1943, she was married to Ivan L. Pulling in Piggott, Arkansas. He preceded her in death on February 3, 2016. Surviving are one son & wife, Stanley & Tonja Pulling of Mountain View, Missouri; one granddaughter & husband, Kristy & Adam Howell of Bernie, Missouri; one great grandson, Christopher Sutton of Bernie, Missouri; one brother, Lewis "Bud" Coffey of Dexter; and three sisters, Martha Tucker of Grayridge, Opal Short of Neelyville and Jean Isbell of Dexter. Other relatives and many friends also survive. She was preceded in death by one brother, Curt Coffey and two sisters, Loretta Mouser and Geneva Coffey and her husband Ivan L. Pulling. Friends may call on Monday, September 18, 2017, from 12:00 until 1:00 p.m. at the First Baptist Church in Parma, Missouri. Funeral services will be held on Monday, September 18, 2017 at 1:00 p.m. in the First Baptist Church in Parma, Missouri with Rev. E. D. Doss of Martin, Tennessee officiating. Interment will follow in the Missouri Veteran's Cemetery in Bloomfield, Missouri with Watkins & Sons Funeral Service of Dexter, Missouri in charge of arrangements. Memorials may be made to First Baptist Church, PO  Box 188, Parma, MO  63870.

To order memorial trees or send flowers to the family in memory of Audrey Marcella Pulling, please visit our flower store.