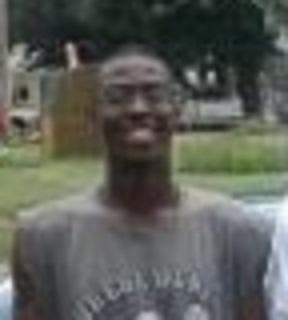 Brad Cornelious Baker, son of La'Shonda Baker and Douglas J. Turner, was born in Sikeston, Missouri on February 14, 1995, and passed away at the St. Francis Medical Center in Cape Girardeau, Missouri on May 10, 2016, at the age of 21 years, 2 months and 26 days. Mr. Baker had lived in Sikeston all his life. He had worked as a butcher and was a member of the New Hope Ministries Church in Sikeston, Missouri. He enjoyed fishing, rapping and playing with his kids. On October 24, 2014, he was married to Alexus Jenkins in Sikeston, Missouri. Surviving are his wife, Alexus Baker of Sikeston; two sons, Zaylen & Za'Ron both of Sikeston; his mother, La'Shonda Baker of Memphis, Tennessee; his father, Douglas J. Turner of Sikeston; grandmothers, Lillie Baker of Sikeston, Bernice Tilson of Helena, Arkansas; grandparents, Shirley & John Turner of Haywood City; step-father, Cleveland Tilson of Helena, Arkansas; three brothers, Cleveland Tilson, Jr. of Helena, Arkansas, Caleb & Douglas Alexander Turner both of Sikeston; three sisters, Ereca & Moneeka Tilson both of Helena, Arkansas, Chloe Turner of Sikeston; and a special aunt, La'Kisha/Terry Craig of Sikeston. Many aunts, uncles, cousins, other relatives and many friends also survive. Friends may visit on Saturday, May 21, 2016 from 11:00 a.m. to 1:00 p.m. at the New Hope Ministries Church in Sikeston. Funeral services will be held on Saturday, May 21, 2016 at 1:00 p.m. at the New Hope Ministries Church in Sikeston with Pastor Larry White of Sikeston officiating. Interment will follow in the Sunset of Memories Cemetery in Sikeston, Missouri with Watkins & Sons Funeral Service of Dexter, Missouri in charge of arrangements.
To order memorial trees or send flowers to the family in memory of Brad Cornelious Baker, please visit our flower store.