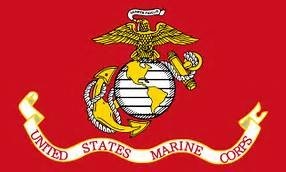 Broward Brent Perry of Puxico, son of the late Lamule and Eomgene Cash Perry, was born in Raleigh, North Carolina on March 24, 1949, passed away near Puxico, Missouri on September 3, 2018, at the age of 69 years, 5 months and 10 days.

Broward had spent twenty years in the U. S. Marine Corp, he moved to Puxico in 1990 upon his retirement.

On October 8, 1971, he married Mary Haithcock in Cary, North Carolina.

Surviving are his wife, Mary Perry of Puxico; one daughter and husband, Kimberly & Arnold, Jr. Bowen of Millersville; one son, Michael Perry of Puxico; four grandchildren, Dillon Bowen of Pochahontas, Missouri, Rebeka Moore of Bloomfield, Kaylee Reisenbichler of Jackson, Katlyn Bowen of Millersville; and two great grandsons, Clifton Moore of Bloomfield and Deacon Bowen of Pochahontas, Missouri, two sisters-in-law, Yvette Noland of Chester, Illinois and Sara Sims of Murfreesboro, Tennessee. Other relatives and friends also survive. He was preceded in death by one brother, Dexter Perry, and one sister, Rachel Perry.

Graveside services will be held on Wednesday, September 5, 2018, at 2:00 p.m. at the Missouri Veteran's Cemetery in Bloomfield with full military honors. Chiles-Cooper Funeral Home of Bloomfield in charge of arrangements.

To order memorial trees or send flowers to the family in memory of Broward Brent Perry, please visit our flower store.