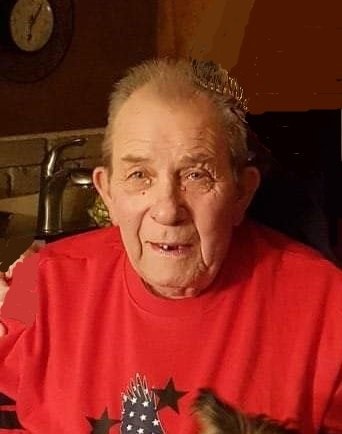 Charles "Pete" Felker of Dexter, son of the late Wesley and Fannie Mae Stewart Felker, was born in Keiser, Arkansas on April 20, 1941, and passed away at the Landmark Hospital in Cape Girardeau, Missouri on December 28, 2018, at the age of 77 years, 8 months and 8 days.

Charles had lived in Dexter & Southeast Missouri most of his life. He had served as Baseball Commissioner for the Dexter Youth Leagues and also served as the Babe Ruth Commissioner. He had been a Boy Scout leader and was a member of the V.F.W, the AMVETS and the American Legion. In 1983 Charles received the Jefferson Award from the American Institute for Public Service. He was a veteran of the U. S. Navy.

Memorial services will be held at 3:00 p.m. on Thursday, January 3, 2019, at the Missouri Veteran's Cemetery in Bloomfield, Missouri

Interment will follow in the Missouri Veteran's Cemetery in Bloomfield, Missouri. Watkins & Sons Funeral Home in Dexter, Missouri in charge of all arrangements.

To order memorial trees or send flowers to the family in memory of Charles H. Felker, please visit our flower store.