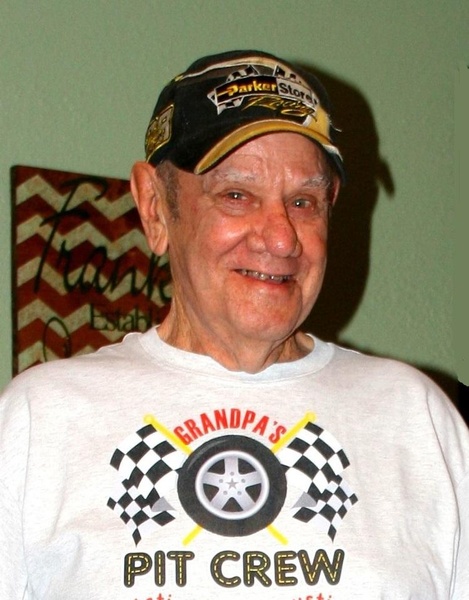 Clyde L Doublin of Puxico, son of the late Kenneth Neal and Cloa Gray Doublin, was born in Puxico, Missouri on June 20 1940, and passed away at Puxico Nursing & Rehab Center in Puxico on, June 10, 2017, at the age of 76 years, 11 months and 21 days. Mr. Doublin had lived in Shell City, Missouri for several years before moving to Puxico in 1966. He was a member of Kinder Chapel. He also was a Tony Stewart  fan, and a charter member of Heartland Cruisers, and a avid fan of any  Race Car. On June 25, 1960, he married Sandy Madden in Kinder, Missouri. Surviving are his wife, Sandy Doublin of Puxico; one son & wife, Kenny (Cheryl) Doublin of Puxico, Misssouri; one daughter & husband, Lana Hager (Tim) of Van Buren Missouri; five grandchildren, Kaitlyn Franklin, Austin Doublin, Brittany Hager, Brianna Doublin, and Macy Hager; one great grandchild due in October. Other relatives and many friends also survive. Friends may call on Monday, June 12 , 2017, from 1:00 to 3:00 p.m. at the Watkins & Sons Funeral Home in Puxico, Missouri. Funeral services will be held on Monday, June 12, 2017 at 3:00 p.m. at the Watkins & Sons Funeral Home in Puxico, Missouri with Rev. Aaron Lingle of Advance officiating. Interment will follow in the Puxico Cemetery in Puxico, Missouri with Watkins & Sons Funeral Service of Puxico, Missouri in charge of arrangements.

To order memorial trees or send flowers to the family in memory of Clyde L. Doublin, please visit our flower store.