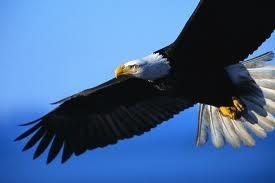 Curtis Durrell Cooper Curtis Durrell Cooper of Gray Ridge Missouri, son of the late Everett and Mae (Bradshaw) Cooper born on Feburary 18th, 1936 near Sturdivant, Missouri passed away on January 21, 2022 in Sikeston, Missouri at the age of 86 years. He lived in the Stoddard County area most of his life. Curtis enjoyed working outside in the woods, working as a saw mill operator for many years. Curtis was of the Christian faith. Curtis is survived by his girlfriend and long time partner, Edna Elles of Dexter, Missouri; one son and two daughters; several grandchildren and many great grandchildren, as well as a host of family and friends. Curtis was proceded in death by his parents, 4 brothers, and 6 sisters. Graveside Funeral service and burial will be held at 2:00 P.M on Thursday, January 27, 2022 at Rock Point Cemetery near Swinton Missouri, with Brother James Malloy officiating and Watkins and Sons Funeral Home of Dexter in charge of all arrangements. Watkins and Sons Funeral Service info@watkinsfuneralhome.com or phone 573-624-3548
To order memorial trees or send flowers to the family in memory of Curtis Durrell Cooper, please visit our flower store.