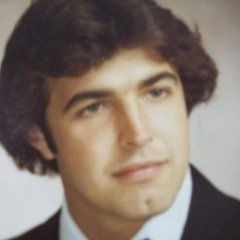 Daryl Lee Ramsey of Cape Girardeau, formerly of Parma, passed away in Cape Girardeau on September 3, 2019, at the age of 61 years.

Daryl attended the University of Missouri in Columbia and was a member of Kappa Alpha fraternity. He was a master gardener, an avid Cardinal baseball fan and lover of nature.

At his best, Daryl was a devoted, compassionate friend, son, brother and uncle with a kind word for everyone.

The family plans a private burial but asks that friends join them in a moment of silence on Saturday, September 7 at 11 am CST. In lieu of flowers or donations, the family asks that a random act of kindness be performed in Daryl’s memory. A tree will be planted in his name at the Arbors of Auburn Creek where Daryl lived for the past year.

To order memorial trees or send flowers to the family in memory of Daryl Lee Ramsey, please visit our flower store.