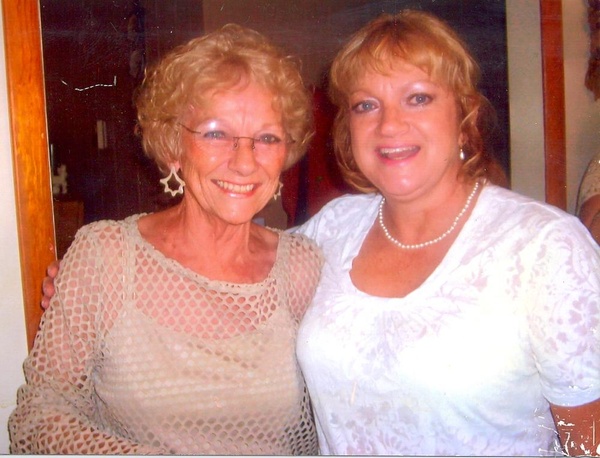 Dixie Watkins, daughter of the late Earl and Dorothy White, was born in Pyle Town, Missouri on December 10, 1937, and passed away at the Southeast Hospital in Cape Girardeau, Missouri on February 11, 2016, at the age of 78 years 3 months 29 days. Dixie had lived all her life in the Pyle Town and Dexter, Missouri area. She was a member of the Pleasant Grove Church in Pyle Town. She loved singing, playing the Piano and working in the yard. She most enjoyed being with her family. Dixie had worked for the Daily Statesman selling advertising. And worked as a hair dresser for many years at the Watkins and Sons Funeral Home. She was a past member of the Elks Lodge #2439 in Dexter. And was a big supporter of St. Judes. On March 10, 1983 she married Marsh Watkins in Dexter, Missouri. Surviving is her husband Marsh Watkins of Dexter; two sons, Joey Dodd of Benica California, Brian Dodd of Dexter, Missouri; one stepson, Mike Watkins of Dexter; four brothers Larry White and Mike White both of Dexter Missouri, Don White of Bloomfield Missouri, and James L. White of Pyle Town Missouri; two sisters, Brenda Parker of Dexter Missouri and Debbie Kozan of Nashville, Illinois. Other relatives and many friends also survive. Dixie was preceded in death by one daughter Kim Morgan, and three stepsons Rick, Rob and John Kevin Watkins. Friends may call on Monday, February 15, 2016, after 10:00 a.m. at the Watkins & Sons Funeral Home in Dexter, Missouri. Funeral services will be held on Monday February 15, 2016 at 1:30 pm at the Watkins and Sons funeral Home in Dexter, Missouri with Bro. Paul Pierce of Pyle Town, Missouri. Interment will follow in the Sycamore Cemetery, in Pyle Town Missouri with Watkins & Sons Funeral Service of Dexter, Missouri in charge of arrangements. Memorials may be made to the Pleasant Grove Church in Pyle Town. 13798 St. Hwy H Dexter, Missouri 63841.
To order memorial trees or send flowers to the family in memory of Dixie Watkins, please visit our flower store.