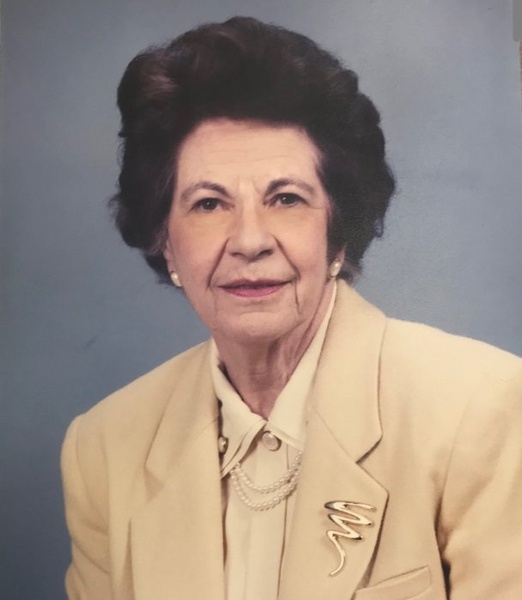 Doris Lee Leggett of Bloomfield, daughter of the late Eldon Thomas and Clara Wright Stroup, was born in Bell City, Missouri on January 30, 1924, and passed away at the St. Francis Medical Center in Cape Girardeau, Missouri on January 7, 2020, at the age of 95 years, 11 months and 8 days. She had lived in Bloomfield all of her adult life. She had worked as a legal secretary and was a member of the Trinity United Methodist Church in Bloomfield. She had been a Girl Scout Leader for many years, a member of the Eastern Star, the Ladies Golf Association, the Bridge Club, the TUMC group and the UMW at the church. She was an avid golfer. She was married to James Fletcher Leggett, III. He preceded her in death on January 17, 2002. Surviving are one son, James Fletcher Leggett, IV of Bloomfield and his life partner Audrey Rragsdale; one daughter, Susan Shea of Bloomfield; two grandchildren, Jennifer Leggett of Bloomfield, Andrea Leggett and husband, Sam Teer of Denver, Colorado; and one great grandchild. Other relatives and friends also survive. She was preceded in death by one sister, Virginia Champion. Visitation will be held from 10:00 am to 12:00 pm at The First Methodist Church in Bloomfield. Memorial Services will be held on Saturday January 18, 2020 at The First Methodist Church in Bloomfield. Chiles-Cooper Funeral Home of Bloomfield, Missouri in charge of arrangements. Memorials may be made to the Dexter Dog Park, c/o Sue Tippen, IDASC , P O Box 625, Bloomfield, MO 63825.
To order memorial trees or send flowers to the family in memory of Doris Lee Leggett, please visit our flower store.