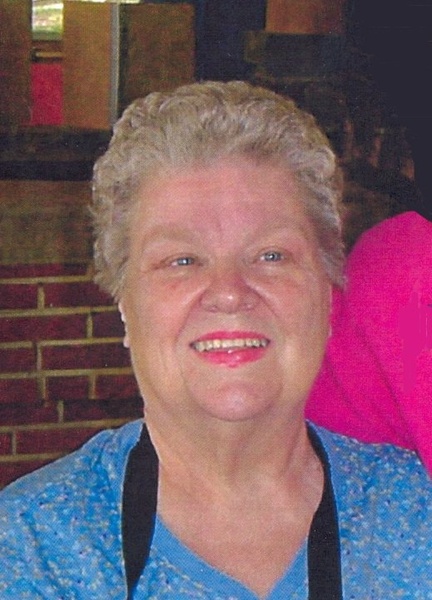 Doris Ann Leslie of Puxico, daughter of the late Delbert and Mildred Ashbaugh Townsend, was born in Puxico, on September 9, 1937, and passed away at the Puxico Nursing & Rehab Center in Puxico, Missouri on January 6, 2018, at the age of 80 years, 3 months and 27 days.

Doris had lived in Granite City Illinois, and Sioux Falls, South Dakota before moving to Puxico in 1985. She had worked in commercial laundry service. She enjoyed cooking and gardening.

On October 1,1955 in Tunica, Mississippi she married James Leslie, he survives of the home in Puxico.

Also surviving are three daughters, Joan Frintz of House Springs, Missouri, Karen Woods of Farmington, Missouri and Carol Harrington, of Ballwin, Missouri; one grandson, Jason Woods; one great granddaughter, Coty Woods; one sister, Donna Reining of Mesa, Arizona. Other relatives and many friends also survive. In addition to her parents she was preceded in death by one sister, Sharon Holem and one brother, John MacDonald Townsend.

Funeral services will be Tuesday at 12:00 p.m. at the Watkins & Sons Funeral Home in Puxico with Bro. Buck Cruse of Puxico officiating.

Interment will be in the Missouri Veteran's Cemetery in Bloomfield, Missouri with Watkins & Sons Funeral Service of Puxico in charge of arrangements.

To order memorial trees or send flowers to the family in memory of Doris Ann Leslie, please visit our flower store.