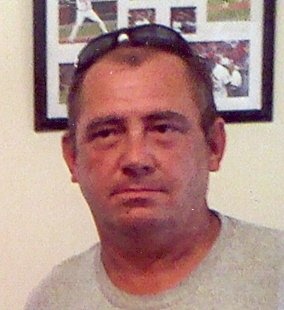 Doyle Monroe Quinn of Dexter, son of the late Taylor Issac and Delfa Lay Walker Quinn, was born on December 31,1964, in Piggott, Arkansas, and passed away at his home in Dexter on October 31, 2018, at the age of 53 years, 10 months.

He had lived in Dexter, Wardell, Gray Ridge and Bloomfield.Monroe was of the Baptist Faith. He also liked to work on lawnmowers, small enegines, bicycles and wood work.

Surviving are his finance Cathleen Donohue of the home in Dexter; two sons Nathan Quinn of Dexter, Vernon Quinn of the lake of the Ozarks; one daughter Patty Quinn of the Lake of the Ozarks; two step daughters Christina Cash of Dexter, and Autumn Quinn of Sikeston; four grandchildren and three step grandchildren; five sisters, Mildred Slavings of Hayti, Della Gaskins of Wardell, Nancy Petty of Sikeston, Violet Eichmann of Dexter; Bessie Quinn of Sikeston; three brothers Doyle Pettigrew of Morehouse, Donald Pettigrew of Wardell, and Joe Pettigrew of Wardell. Other relatives and friends also survive. He is preceded death by his parents, one brother Vernon Quinn and one sister Helen Lee.

There are no services scheduled at this time. The Watkins & Sons Funeral Service of Dexter in charge of arrangements.

To order memorial trees or send flowers to the family in memory of Doyle Monroe Quinn, please visit our flower store.