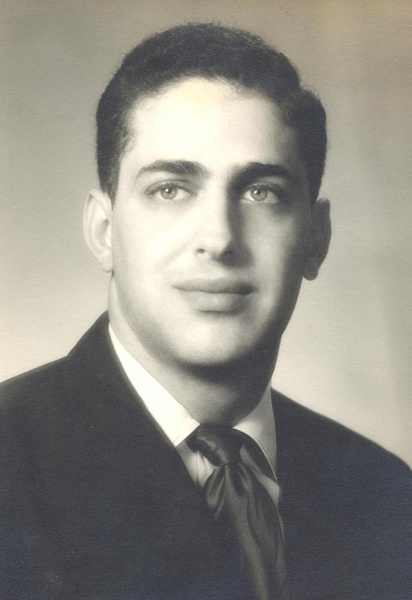 Dr. Donald E. Hamra of Malden, Missouri, son of the late Richard Albert and Nellie Hodge Hamra, was born in Memphis, Tennessee on November 26, 1931, and passed away at the Golden Living Center in Malden, Missouri, on June 24, 2016, at the age of 84 years, 6 months, and 29 days. Dr. Hamra graduated from the Castle Heights Military School in Lebanon, Tennessee, graduated from Central Methodist University in Fayette and then graduated from the University of Tennessee Dental School in Memphis, Tennessee, He moved to Malden in 1962 where he opened his dental practice. He retired last year after 52 years in the general dentistry profession which he adored. He was a member of the United Methodist Church and was a veteran of the U. S. Army. He was past president of the Malden Planning and Zoning Commission, Lifetime member of the Malden Lion's Club where he became a Melvin Jones Fellow and had served as the chairman of the United Methodist Church Board. On November 22, 1962 he was married to Shirley Louise George. Surviving are his wife, Shirley Hamra of Malden; one daughter, Olivia Carole of Malden; and one granddaughter, Kahalley Olivia Hamra of Malden; sister in law, Elizabeth Hamra of Chesterfield; brothers & sisters in law, Louis & Elizabeth George of Danville, California, Danny & Candace George of Osceola, Arkansas; nephews, nieces and spouses, Richard Albert Hamra, III of Kirkwood, Nicholas & Sue Hamra of Chesterfield, Susan Hamra and Dr. Colin Butterfield of Clayton; Jean Margaret Hamra and Steve Kelso of Chesterfield, Joey George of Osceola, Arkansas, Walter George of New York, NY, Kelly & Vijay Sagar of Pleasanton, California, Mandy & Brent Hicks of New York, NY, Louis & Sara George of Chico, California; great nieces and nephews, April & Victoria Sagar of Pleasanton, California, Olivia and Ashely Hicks of New York, NY, and Nola George of Chico, California. Other relatives and many friends also survive. He was preceded in death by one brother, Richard Albert Hamra, II. Memorial services will be held on Saturday, July 2, 2016, at the Malden United Methodist Church at 2:00 pm. Memorials may be made to the St. Jude's Children's Research Hospital in Memphis, Tennessee.
To order memorial trees or send flowers to the family in memory of Dr. Donald E. Hamra, please visit our flower store.