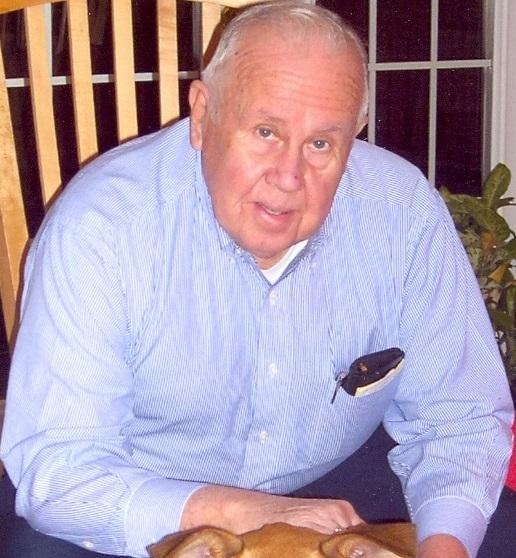 Dwight Leon Cookson of Puxico, son of the late James Otto and Beulah Klaffer Cookson, was born in Puxico, Missouri on November 1, 1932, and passed away at Advance Assisted Living in Advance, January 6, 2017, at the age of 84 years, 2 months and 6 days. Mr. Cookson had lived in the Puxico area most of his life. He was a retired school teacher, attended Brown General Baptist Church and enjoyed collecting coins and stamps. He was a member of the 1951 basketball team that won the State Championship with a record of 40-0. He also coached varisty basketball at Scott City High School. In 1964 his team won the District Championship. He also coached freshman and B team basketball at Fox High School. During his time at Fox High School he was an active member in MSTA. On December 25, 1953 he married Jewell Cox in Puxico, Missouri. Surviving are his wife, Jewell Cookson of Puxico; two sons & wives, Stan (Kathleen) Cookson of Columbia Illinois; Steve (Lori) Cookson of Columbia Illinois; five grandchildren, Brian(Miranda) Brad, Ben, Mitchell and Darren Cookson; one great granddaughter, Lia Cookson; one brother, James (Bonnie) Cookson of Springfield, Missouri: two sisters; Shirley (Harold) Martin of St. Charles Missouri, and Linda (Larry) Anthony of O'Fallon Missouri. Other relatives and many friends also survive. He was preceded in death by one brother; Kermit Cookson. Friends may call on Sunday, January 8, 2017, from 5:00 to 8:00 p.m. at the Watkins & Sons Funeral Home in Puxico, Missouri. Funeral services will be held on Monday, January 9, 2017 at 11:00 a.m. at the Brown General Baptist Church near Puxico, Missouri with Rev. John Buttry and Rev. Ray Placher of Puxico officiating. Interment will follow in the Brown Cemetery near Puxico, Missouri with Watkins & Sons Funeral Service of Puxico, Missouri in charge of arrangements. Memorials may be made to 18 Fore Life, c/o Scott Kruse, 705 Laurie Circle, Dexter, MO 63841
To order memorial trees or send flowers to the family in memory of Dwight Leon Cookson, please visit our flower store.