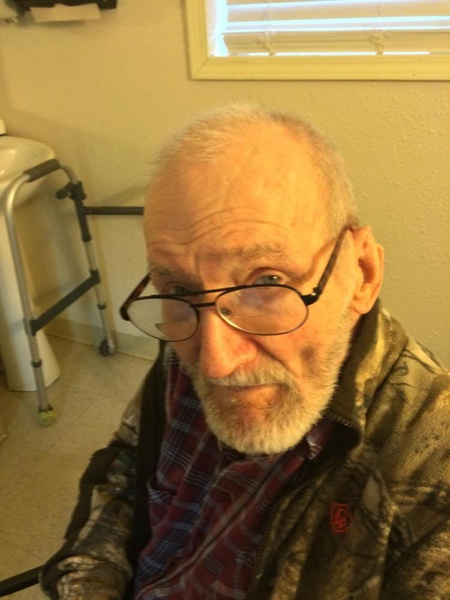 Edward Taylor Latham, son of the late Miles and Clara Boswell Latham, was born in Elaine, Arkansas on October 23, 1927, and passed away at the Golden Living Center in Dexter, Missouri on March 30, 2016, at the age of 88 years, 5 months and 7 days. He had lived in the Dexter, Missouri area most of his life. He was a retired brick layer. On July 1, 1969, he was married to Ruby McLain Oshia in Poplar Bluff, Missouri. She preceded him in death on May 25, 2012. Mr. Latham had five children, Dennis, Larry, Ernie, Danny and Vicky Latham; two step-sons, Thomas Allen Oshia of Amarillo, Texas, Gary Wayne Oshia of Park Hills, Missouri; two step-daughters & spouse, Bertha Marie Oshia, Lana Sue & Walter Blackwell of all of Park Hills, Missouri; three grandchildren; six great grandchildren. Many nieces, nephews, other relatives and friends also survive. He was preceded in death by one step-son, Harold Oshia, one step-daughter, Wanda Ellis; one brother, Richard Latham; and six sisters, Shirley Hutchison, Ethel Paul, Eva Leavitt, Dorothy Latham, Nellie D'Aries and Ann Stinson. Visitation will be held Friday, April 1, 2016, from 10:00 am to 12:00 pm at the Watkins & Sons Funeral Home in Dexter, Missouri. Graveside services will be held on Friday, April 1, 2016, at 12:30 pm at the Memorial Park Cemetery in Malden with Rev. Kenneth Biggs of Dexter, Missouri officiating, interment will follow. Watkins & Sons Funeral Service of Dexter, Missouri in charge of arrangements.
To order memorial trees or send flowers to the family in memory of Edward Taylor Latham, please visit our flower store.