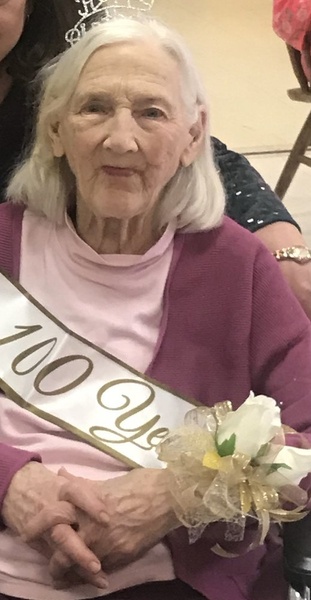 Ethel Reatha Cravens of Parma, daughter of the late Daniel J. and Dora E. Howard Painter, was born in Hartville, Missouri on February 2, 1919, and passed away at the New Madrid Living Center in New Madrid on November 12, 2019, at the age of 100 years, 9 months and 10 days.

She had lived in Parma since 1937. She was a member of the First Pentacostal Church in Parma.

Interment will follow in the Bernie Cemetery in Bernie, Missouri with Watkins & Sons Funeral Service of Dexter in charge of arrangements.

To order memorial trees or send flowers to the family in memory of Ethel Reatha Cravens, please visit our flower store.