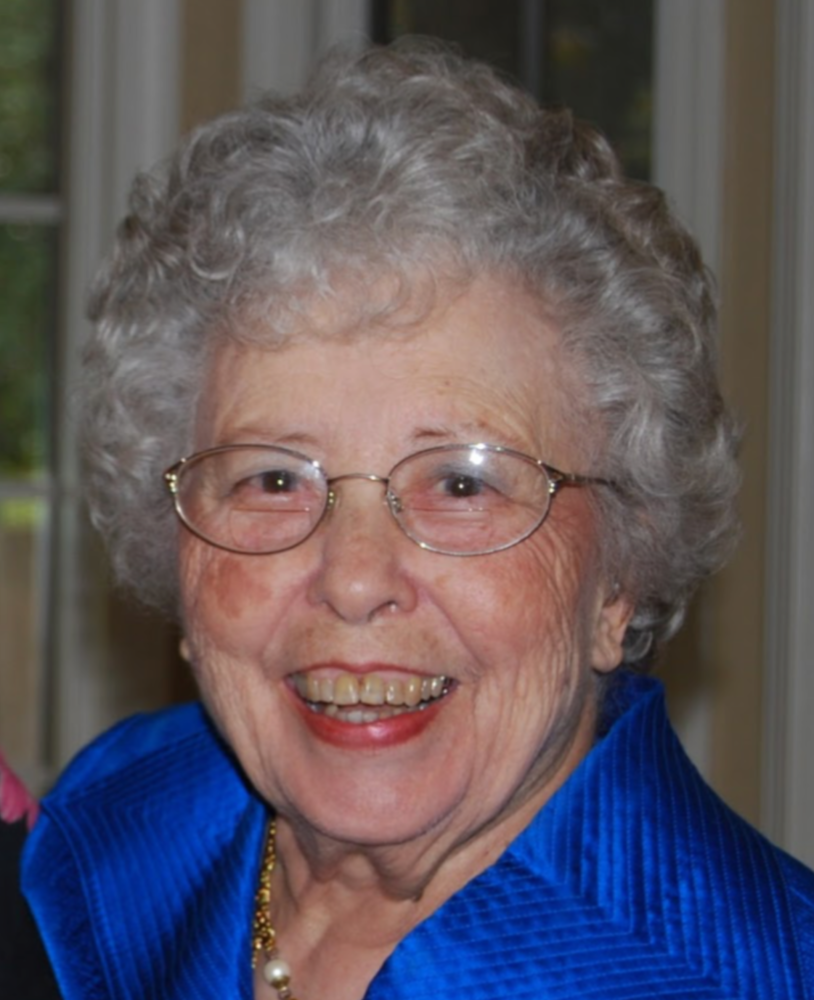 Daughter of the late Fred Hinton Mansbridge and Cora Cecilia (Untiedt) Mansbridge. She was born on October 23rd, 1923 in Fisk, Mo.

On January 26, 1946 she was marries to Harold E. Jones in Poplar Bluff. He preceded her in death on October 20th, 2011. They lived in Nebraska and Iowa and returned to Puxico, MO area in 1963. They lived there until moving to Poplar Bluff in 2011. They were members of the United Methodist Church. She was a homemaker and loved cooking and taking care of her family. She loved gardening, bird watching, crocheting and spoiling her grandchildren and great grandchildren.

She was preceded in death by one daughter, Linda Kay Jones and siblings Herbert and Flora Lee Mansbridge, Margaret and Bob Pleis, Ruth and Cleo Leach, Gail and Anna Lea Mansbridge.

Visitation will be Sunday, February 18th at Watkins & Sons Funeral Home in Puxico, MO from 6 to 8 p.m., Family at 5 p.m.. Funeral services will be Monday, February 19th at 10 am in the Funeral Home with burial at the Puxico Cemetery with Bishop Kent Miller officiating.

To order memorial trees or send flowers to the family in memory of Evelyn Irene Jones, please visit our flower store.