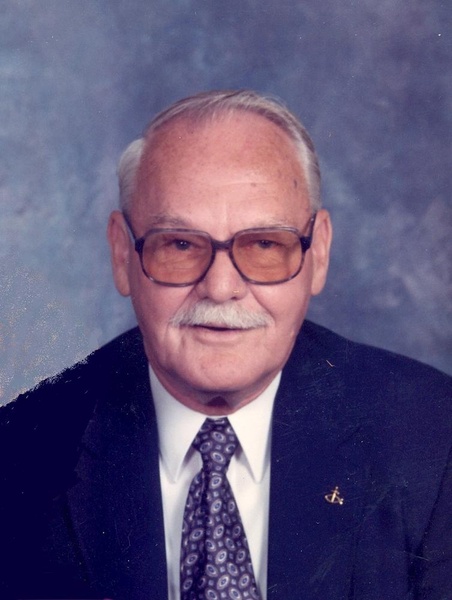 Gale B. McBride of Dexter, Missouri, son of the late Dee Dudley and Ella Marie Barnett McBride, was born April 6, 1930 in Parma, Missouri and passed away at the Missouri Veteran's Home in St. Louis on May 1, 2017, at the age of 87 years 25 days. Gale grew up in Parma and had lived most of his life in Dexter. He had served in the US Army and was a member of the Friendship Baptist Church in Dexter. He had retired from the Purolator Plant in Dexter. On August 4, 1962 he was married to Helen Reynolds in Collinsville, Illinois. She preceded him in death on November 18, 2004. Surviving are three sons, Melvin McBride of LaCrosse, Wisconsin, Randy McBride of Rogersville, Missouri, Bob Brown of Saulte St. Marie, Michigan; three daughters, Jo Ann Ruble of St. Louis, Judy Tretter of Chesterfield, Sharon Palmer of Rolla, Missouri; many, many grandchildren, great grandchildren and great great grandchildren. Other relatives and friends also survive. He was preceded in death by two sons, Don Cox and Michael McBride; one daughter, Deborah Wilson; four brothers, Leon, Bill, Howard and Bob McBride and one sister, Marcella McIntrye. Visitation will be held on Friday May 5, 2017 from 5:00 PM till 8:00 PM at the Watkins and Son Funeral Home in Dexter. Funeral services will be held on Saturday,  May 6, 2017, at 11:00 a.m. at the Watkins and Sons Chapel in Dexter with Rev. Lonnie Mittag of Dexter officiating. Interment will follow at the Hagy Cemetery in Dexter with Watkins & Sons Funeral Service of Dexter in charge of arrangements.

Memorial donations may be made to the Friendship Baptist Church, 13437 Plaza Heights Ave., Dexter, MO  63841..

To order memorial trees or send flowers to the family in memory of Gale B. McBride, please visit our flower store.