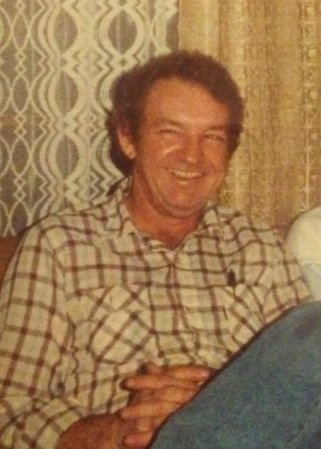 Gary Charles Williams of Miner, son of the late Walter Dees Williams and Alice Delene Phillips Wilson, was born in Avert, Missouri on, November 10, 1942  and passed away at the Miner Nursing Home in Miner, Missouri on November 4, 2017, at the age of 74 years, 11 months and 25 days. Gary considered Dexter his home and had lived in the area most of his life. He worked as a self employed auto body repairman. He had attended the Faith Family Church Church in Painton. Surviving are three daughters & sons in law, Sally Williams & Arnold Breen of Foristell, Missouri, Allie & Jerrod Rowland of Dexter, Jennifer Williams of St. Louis; three sons & daughter in law, David Williams of Dexter, Michael Williams of Bell City, Gary, Jr. & Megan Williams of Fairbanks, Alaska; many grandchildren and great grandchildren; three sisters & brother in law, Brenda Burnett of Owosso, Michigan, Sharon & Bob McIntyre of Advance, Susie Everisto of Lake Elsinore, California. Three nieces, two nephews, other relatives and many friends also survive. Friends may call on Wednesday, November 8, 2017, from 1:00 to 3:00 p.m. at the Watkins & Sons Funeral Home in Dexter until time of services at 3:00 p.m. with the Rev. Don Jolliff of Painton officiating. Interment will be in the Hagy Cemetery in Dexter, Missouri with Watkins & Sons Funeral Service of Dexter in charge of arrangements. Memorials may be made to the Humane Society, 328 N. West Street, Sikeston, Missouri 63801.

To order memorial trees or send flowers to the family in memory of Gary Charles Williams, please visit our flower store.