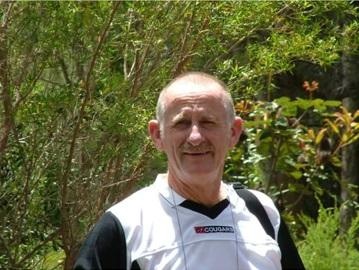 Geoffrey James "Jim" Stephens of Dexter, Missouri was born May 23, 1939, in Sydney, Australia and passed away near Puxico, Missouri on May 6, 2017, at the age of 77 years, 11 months and 13 days. Mr. Stephens was a citizen of Australia, was a permanent resident of the United States and had lived in Dexter the past 8 years. He was a retired carpenter and had built houses. He had been a member of the Kanwel Anglican Church in Kanwel, Australia and the Lakeside Baptist Church in Gorokan, Australia and joined the Southwest Church of the Nazarene in Dexter after moving here. Jim enjoyed playing golf, was a ham radio operator and was an avid dirt bike rider and won many awards racing. On March 16, 2001, he was married to Arlene Ann Hostetler Mason in Kanwal, Australia. Surviving are his wife, Arlene Stephens of Dexter; two daughters, Leslee Ann Bezina and Nicole Stephens both of Australia; one sister, Jenny Sadler of Australia. Other relatives and friends also survive. Visitation will be held on Thursday May 11, 2017 from 10:00 to 11:00 am at the Watkins and Sons Funeral Home in Dexter with a memorial service to follow at 11:00 am. Watkins & Sons Funeral Service of Dexter in charge of arrangements.

To order memorial trees or send flowers to the family in memory of Geoffrey James Stephens, please visit our flower store.