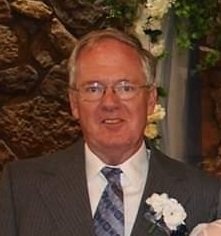 Gerard LawrenceTessens of Bloomfield, son of the late Lawrence A. and Delia Grace Burleson Tessens, was born in Louisville, Kentucky on March 7, 1953, passed away at Southeast Health of Stoddard County in Dexter, Missouri on April 21, 2019, at the age of 66 years, 1 month and 14 days.

Gerard had lived in Bloomfield most of his life. He had worked in drafting at Stites Concrete and retired after 30 years. He then worked in maintenance for thirteen years at the Bloomfield Public Schools. He was a member of the Dexter Church of Christ, he enjoyed history and collecting antiques..

Funeral services will be held on Wednesday, April 24, 2019, at 11:00 am at the Watkins and Sons Chapel in Dexter with Bro. Jeremy Tucker of Dexter officiating.

Interment will follow in the Hagy Cemetery in Dexter with Watkins and Sons Funeral Home of Dexter in charge of arrangements.

The family asks that donations be made to the Bootheel Youth Camp, 201 Adams Dr., Dexter MO 63841.

To order memorial trees or send flowers to the family in memory of Gerard Lawrence Tessens, please visit our flower store.