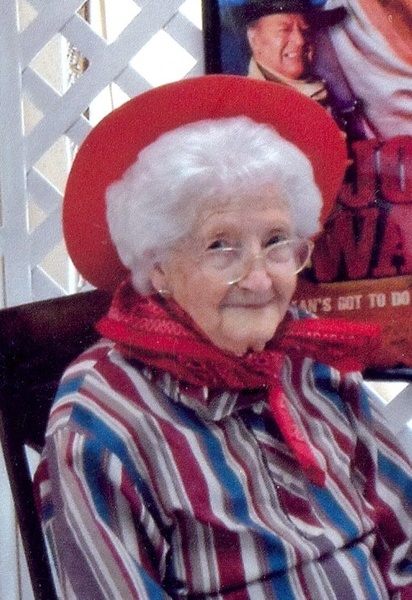 Gladys Naomia Cagle of Malden, daughter of the late Henry and Varinda Leonard Hatchel, was born in New Madrid County, Missouri on May 30, 1919, passed away at the Ridgeview Living Community in Malden on February 12, 2019, at the age of 99 years, 8 months and 13 days.

Gladys had lived in Parma all her life. She was member of the Parma General Baptist Church and had retired from the Brown Shoe Co.

Interment will follow in the Memorial Park Cemetery in Malden with Watkins & Sons Funeral Service of Dexter in charge of arrangements.

To order memorial trees or send flowers to the family in memory of Gladys Cagle, please visit our flower store.