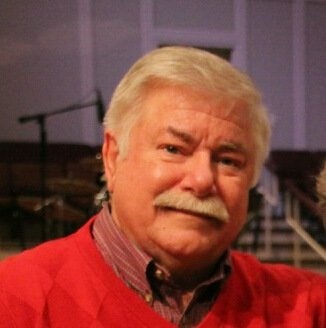 Glen E. Wooley of Anderson, South Carolina, went home to be with the Lord on September 27, 2017. He was born on December 16, 1949 to the late Edwin Arvil and Dora Elizabeth Jones Wooley. He was 67 years, 9 months, and 11 days old. Glen had lived throughout the Midwest and Southeastern United States and retired in 2016 as an EHS manager for the Hyundai Corporation. He loved going fishing, hunting and golfing, and spending time with his children and grandchildren. He will be missed dearly by all. On May 3, 1975, he married Pamela Jane Phegley at Calvary Baptist Church in Dexter, Missouri. Surviving are his wife, Pamela Wooley of Anderson, South Carolina; two daughters and sons-in-law, Mandy & Ben Edwards of Statesboro, Georgia, Christi & Gunnery Sergeant Aaron Silas of Camp LeJeune, North Carolina; 5 grandchildren, Ansley Silas, Allie Edwards, Rylan Silas, Eliza Edwards, Ava Silas; one brother, Boyce Wooley of Dexter; one sister, Carol LaRue of Indiana. Many relatives and friends also survive. He was preceded in death by his parents, Edwin & Dora Wooley and his mother & father-in- law, Jewel & Mildred Phegley. Friends may call on Monday, October 2, 2017, from 12:00 to 1:00 p.m. at the Watkins & Sons Funeral Home in Dexter. Services will be held on Monday, October 2, 2017 at 1:00 p.m. with Bro Steve Patterson officiating, at the Watkins and Sons Chapel in Dexter, Missouri. Interment will be in the Chalk Bluff Cemetery in Dexter with Watkins & Sons Funeral Service in Dexter.

To order memorial trees or send flowers to the family in memory of Glen E. Wooley, please visit our flower store.