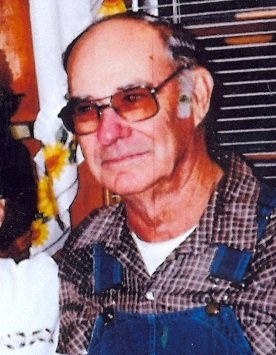 Ira Avery, Jr. of Whitewater, son of late Ira, Sr. and Sophia Ann Kelly Avery, was born in Clines Island on June 4, 1923, and passed away at his home near Whitewater on January 13, 2020, at the age of 96 years, 7 months and 9 days. He was born, raised, attended church and school at Clines Island in Stoddard County Missouri. He had an eighth grade education and continued learning with the Civilian Conservation Corp (1939-40), and the Merchant Marines as a seaman (1941-45) based in New London, Connecticutt. He share cropped his families farm at Clines Island for forty years with the help of his wife, Jean, and four sons, actively farming until he was 91 years old. The last fourteen months of his life a special care giver looked after him at the farm he loved at Whitewater, Missouri, with help from his neighbor, Greg Brawley. On December 22, 1945, he was married to Wilma Jean Brown in New London, Connecticut. She preceded him in death on January 7, 2010. Surviving are three sons and wives, James & Jeanne Avery of Whitewater, Missouri, Steve & Rita Avery of San Antonio, Texas, Dennis & Debbie Avery of Poplar Bluff, Missouri; eleven grandchildren; sixteen great grandchildren; four great great grandchildren; two sisters, Mary Bizzell of Statesboro, Georgia and Nellie Thurman of St. Louis, Missouri; and daughter in law, Ruth Avery. Other relatives and friends survive. He was preceded in death by one son, Mike Avery, one brother, John Wes Avery, and four sisters, Gladys Dowdy, Nola Campbell, Susie Smith and Mildred Moore. Visitation will be held on Saturday, January 18, 2020, after 10:00 am at the Watkins & Sons Funeral Home in Dexter until time of services at 11:00 am with Pastor Dalton Avery of Republic, Missouri officiating. Interment will follow at the Pleasant Grove Cemetery near Bell City with Watkins and Sons Funeral Service of Dexter in charge of all arrangements.
To order memorial trees or send flowers to the family in memory of Ira Avery, Jr., please visit our flower store.