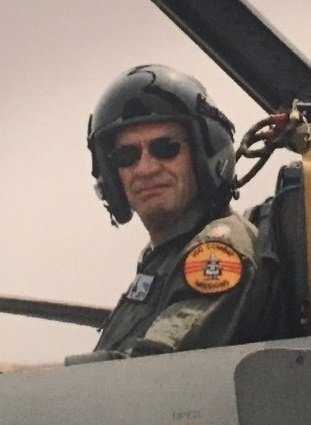 J. C. Leonard of Parma, Missouri, son of the late William Monroe and Opal Lee Redman Leonard, was born on November 13, 1943, in Portageville, Missouri, and passed away at his home near Parma on December 1, 2018, at the age of 75 years and 18 days.

J. C. was a retired nuclear engineer and was a member of the First Baptist Church in Parma. He was a veteran of the U.S. Army, was a pilot and enjoyed flying and traveling.

Surviving are one son and wife, Duwayne and Tammy Leonard of Swansea, Illinois; one daughter, Sharon Leonard of Parma; two grandchildren, Keegan and Brayden Leonard both of Swansea, Illinois. Other relatives and friends also survive. He was preceded in death by two brothers, Bill and Sonny; and four sisters, Betty, Mildred, Margaret and Nadine.

Graveside services will be held at 1:00 p.m. on Monday, December 3, 2018, at the Parma Cemetery with Dr. Jim Kerr of Shiloh, Illinois officiating. Interment will follow with full military honors. Watkins & Sons Funeral Service of Parma in charge of arrangements.

To order memorial trees or send flowers to the family in memory of J. C. Leonard, please visit our flower store.