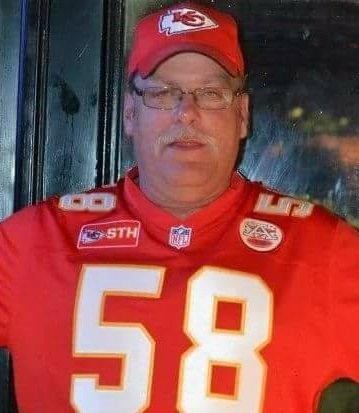 Jackie Lyndon Griffy of Dexter, Missouri, son of the late David Baxter and Betty Jo McGraw Pepper Griffy, was born on December 15, 1960, in Harrisonville, Missouri, and passed away at the Piedmont Columbus Regional Center Midtown in Columbus, Georgia on October 27, 2018, at the age of 57 years, 10 months and 12 days.

Jack had lived in Missouri most of his life and Wappapello and Dexter the past 20 years. He worked as truck driver for Rapco Trucking of Salt Lake City, Utah. He was in the U.S. Army, where he served as military police. He was an avid Kansas City Chiefs Fan and enjoyed Nascar racing, fishing, and camping.

Surviving are one sister, Sherri Griffy of Boonville, Missouri; his two boys "Waylon" and "Willie" his dachshund traveling buddies; two aunts, Linda Hallmark of Wappapello, Missouri, Betty Griffy of Springfield, Missouri; one uncle, Don Mathis of Dexter, Missouri. Many nieces, nephews, cousins, other relatives and friends also survive. He was preceded in death by two brothers, Donnie and David Griffy

Friends may call on Friday November 2, 2018 after 1:00 p.m. at the Watkins & Sons Funeral Home in Dexter, Missouri until time for services at 2:00 p.m. with the Rev. Larry Tucker of Matthews, Missouri officiating.

Interment will follow in the Brown Cemetery near Puxico, Missouri with Watkins & Sons Funeral Service of Dexter in charge of arrangements.

To order memorial trees or send flowers to the family in memory of Jack L. Griffy, please visit our flower store.