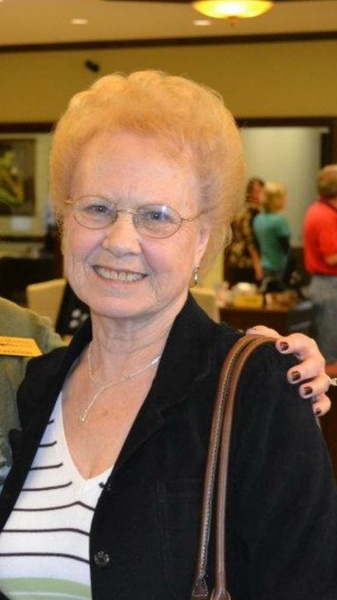 Jackie Alberson of Essex, daughter of the late Jack and Ida Mae Goodman Eaton, was born July 11, 1936, in Pochahontas, Arkansas and passed away at the Chaffee Nursing Center in Chaffee on April 21, 2017, at the age of 80 years, 9 months and 10 days. She had lived in Essex all of her life. She had worked as a seamstress at the Paramount Hat Factory and was a member of the Harvest Assembly of God Church in Essex. She enjoyed reading, crocheting and was very active in her church. On February 22, 1969, she married Verdene Alberson. He preceded her in death on September 19, 1997. Surviving are one daughter, Karen Auner of Jackson, Missouri; one son, Tim Lacey of Essex, Missouri; two grandchildren; two great grandchildren; and one great great grandchild. Other relatives and friends also survive. She was preceded in death by six brothers and sisters. Graveside services will be held on Monday, April 24, 2017, at 11:00 a.m. at the Hagy Cemetery in Dexter, Missouri with Rev. Dale Jones of Dexter officiating. Interment will follow at the Hagy Cemetery in Dexter, Missouri with Watkins & Sons Funeral Service of Dexter in charge of arrangements.
To order memorial trees or send flowers to the family in memory of Jackie Alberson, please visit our flower store.