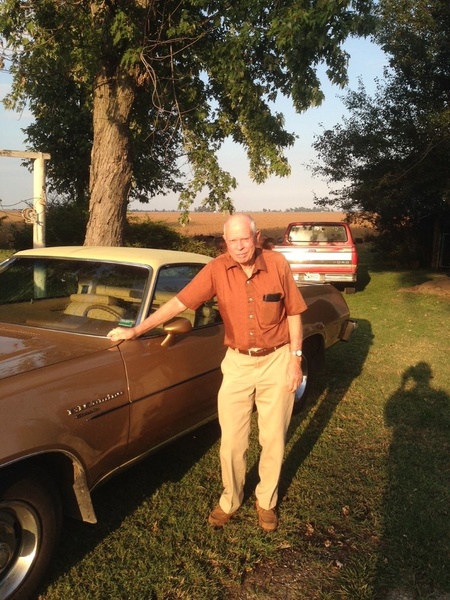 James Thomas Stewart of Parma, Missouri was born to the late Mammie Leslie and Ethel Gertrude Thomas Stewart on January 19, 1927 in Embry, Mississippi and passed away on May 17, 2021 in Winchester Place in Bernie, Missouri at the age of 97. James had been a resident of Parma, Missouri since 1966 he served in the US Army. He enjoyed Flying his airplane, farming and cars, he attended the Methodist Church. James was married to Helen Marie Littleton on November 27, 1949, in Kiser, Arkansas, and she precedes him in death. Surviving are his two sons Travis Stewart of Parma, Missouri and Steve Alan Stewart of Douglas, Georgia; five grandchildren; six great grandchildren; preceded in death by one brother and three sisters. A host of family and friends also survive. Graveside Services to be held on Thursday May 20, 2021 at 1:00 p.m. with Pastor Roy Sherfield of Dexter, Missouri officiating. Interment will follow in the Malden Memorial Park Cemetery with Watkins and Sons Funeral Service of Dexter in charge of arrangements. Watkins and Sons Funeral Service www.watkinsfuneralhome.com
To order memorial trees or send flowers to the family in memory of James Thomas Stewart, please visit our flower store.