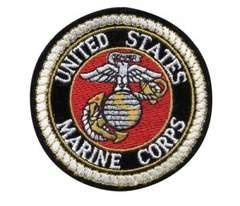 James Excellent "J. T." Thomas of Parma, son of Katherlene Exson Thomas and the late Sidney Thomas, was born in Lilbourn, Missouri on July 14, 1965, and passed away at the Ridgeview Nursing Center in Malden, Missouri on January 27, 2017, at the age of 51 years, 6 months and 13 days. J. T. was raised in the Parma area, had lived in California from 1984-1991, in South Carolina from 1991-2012 and then returned to Parma. He had served in the U. S. Marine Corp, had installed flooring and worked in small engine repair. Surviving are his mother, Katherlene Thomas of Parma; two daughters, Madison Easley of Kokomo, Indiana, Sheila McNair of Parma; four brothers, John Edwards, Sr. and Sidney Edwards both of Nettleton, Mississippi, Andrew Thomas of Parma, Albert Thomas of California; three sisters, Alice Thomas and Floura Myers both of Parma, and Cidney Thomas of Baltimore, Maryland. Many other nieces, nephews, other relatives and friends also survive. He was preceded in death by his father, and two brothers, Kevin and Edward Thomas. Friends may call on Saturday, February 4, 2017, after 11:00 a.m. at the Watkins & Sons Funeral Home in Parma. Services will be held on Saturday, February 4, 2017, at 12:00 p.m. at the Watkins & Sons Chapel in Parma with Rev. Floyd Wade of Charleston and Rev. William Johnson of Malden officiating. Watkins & Sons Funeral Service of Parma in charge of all the arrangements.
To order memorial trees or send flowers to the family in memory of James Excellent Thomas, please visit our flower store.