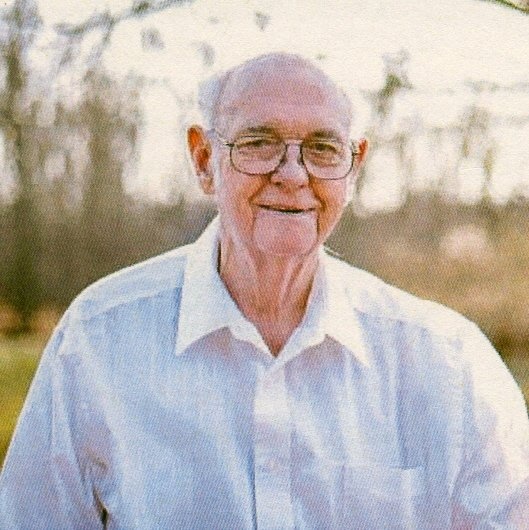 Albert "Jean" Holland was born on February 7, 1936 in Perryville, Missouri to John B. and Myrtle Audell (Murray) Holland. He was united in marriage to Emma Hartline on June 11, 1955 and they were blessed with four children, Regina, Connie, Gary and Eva. Jean and Emma made their home in Arkansas where he was employed by the Batesville School District for over 18 years. When he was 33 years old, he surrendered his life to the Lord and became associate pastor at Hope Church in St. Louis, Missouri followed by serving as Senior Pastor at Liberty Temple in Sebree, Kentucky and Batesville, Arkansas. He then joined the Assemblies of God and pastored at First Assembly in Blackrock, Arkansas and Spring Mill Assembly near Batesville, Arkansas. Brother Jean was a loving and devoted pastor, husband, father and grandpa. He especially loved ministering to children. He and Emma made their home in Suillivan in January 2014 and began attending First Assembly. Miss Emma passed soon after moving here. He missed her deeply but quickly became a part of the church where he helped in the nursing home ministry. Brother Holland was a faithful man of God who loved the Word and work of God. He will be lovingly remembered by his family and many friends.

Funeral services will be conducted 12:00 noon, Friday, August 2, 2019 at Chiles-Cooper Funeral Home in Bloomfield with interment to follow in Pleasant Grove Cemetery near Bell City, Missouri.

To order memorial trees or send flowers to the family in memory of Jean Holland, please visit our flower store.