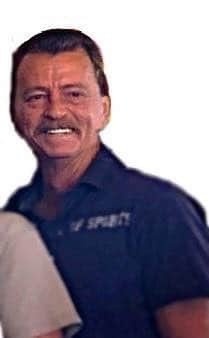 Jerry Pennington Jr, son of Wilma Baker Pennington and the late Jerry Lee Pennington Sr., was born on November 15, 1964 in Advance, Missouri and passed away, on July 19, 2020, at the age of 55 years. Jerry had lived in Puxico area all his life, he was self-employed most of his life and shared an auction business with his late father. His hobbies was fishing, camping , gardening, grilling, singing karaoke, and spending time with family and friends. Although he loved each and every one of his nieces and nephews more than words can express, he shared a very special bond with his youngest niece, Kasmira and youngest nephew, Wyatt. They were thick as thieves when together! Always coming up with a plan. Such as dropping off kittens, even when he was told no! He was a father, brother and friend to anyone he met. He is survived by his partner in life for 12 years Susan Pittman of Puxico; his mother, Wilma Pennington of Puxico; one daughter Charity; two grandchildren; four sisters and spouses, Belinda & William McCormick, Ella & Steve Sperino all of Puxico, Paula & Terry Hester and Mary Ashley & Justin Hockersmith all of Dexter; 4 nieces-Jamie, Penny, Tracie, Kasmira; 3 nephews-Stephen, Andrew, Wyatt and 6 great nieces and 6 great nephews. Other family and friends also survive. He was preceded in death by his father Jerry Pennington Sr. Visitation will be held on Friday, July 24, 2020, 10 - 11 for family only; 11 to 12 friends at the Watkins and Sons Funeral Home in Dexter with funeral immediately following with the Rev. Ray Placher of Puxico, Missouri officiating. With Watkins and Sons Funeral Service of Dexter, Missouri in charge of arrangements. **PLEASE Stay HOME IF YOU SICK**
To order memorial trees or send flowers to the family in memory of Jerry Lee Pennington Jr., please visit our flower store.