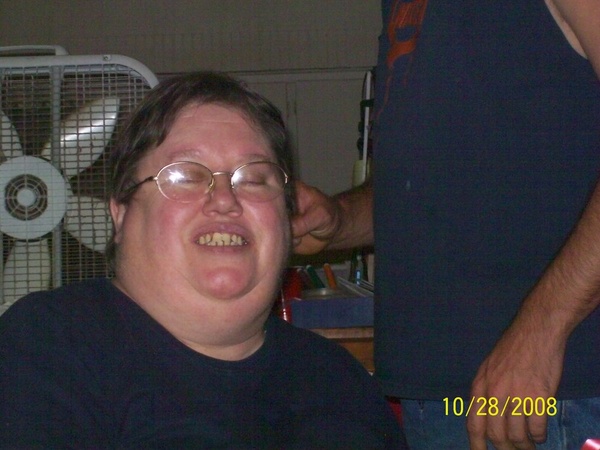 Jessie Ann Montoya of Parma, daughter of Ray & Joyce Myricks Greene, was born June 20, 1957, in Malden, Missouri and passed away at the Southeast Health of Stoddard County in Dexter on November 27, 2017, at the age of 60 years, 5 months and 7 days. She had lived in the Parma area all of her life. She was a CNA and had worked in home health, was a member of the First Baptist Church in Parma and enjoyed crochet, fishing, cooking with the kids, gardening, watching western, dancing and spending time with her kids and family. On May 5, 1999, she married Raymond Montoya, Jr. in Parma, Missouri. Surviving are her husband, Raymond Montoya, Jr. of Parma; two sons, Chris Payne of Cape Girardeau, Robert Payne of Parma; two daughters, Misty Payne of Shamrock, Oklahoma, Rebecca Payne of Cape Girardeau; her parents, Ray & Joyce Greene of Parma; eleven grandchildren; two brothers, Randy & Roger Greene both of Parma; one sister, Kathy Kovacs of Baton Rouge, Louisiana; a nephew raised as a brother, Gerald Murray of Springfield, Missouri; a niece raised as a sister, Elizabeth Wood of Springfield, Missouri. Other relatives and friends also survive. She was preceded in death by two sisters, Carol & Nancy Greene. Memorial service will be held on Saturday December 2, 2017, from 5:00 to 7:00 p.m. at the First Baptist Church in Parma with Bro. Kerry Stokes officiating. Watkins & Sons Funeral Service of Parma in charge of arrangements.

To order memorial trees or send flowers to the family in memory of Jessie Ann Montoya, please visit our flower store.