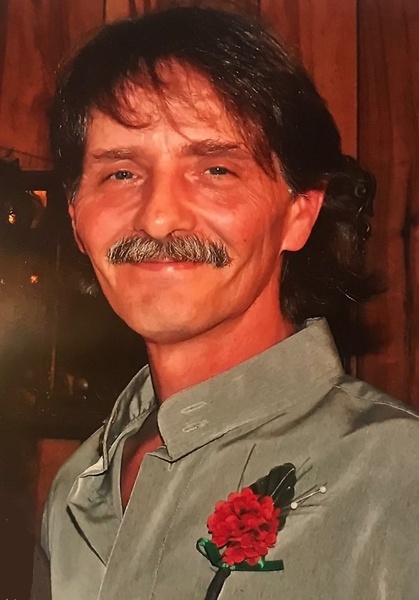 Jimmy Glenn Chafin Sr. of Grayridge, son of George Namon Chafin and the late Frances Loetta Pennington Chafin, was born in Grayridge, Missouri on August 4, 1960, and passed away at his home in Grayridge on October 30, 2017, at the age of 57 years, 2 months and 26 days. Jimmy had lived in the Grayridge area all his life. He had worked wire manufacturing at Alan Wire. He loved his wife, children, grandchildren and family. On October 31, 2013, he was married to Barbara Kay Hill in Grayridge, Missouri. Surviving are his wife, Barbara Chafin of Grayridge; his father, George Chafin of Starkville, Mississippi: three sons, Jimmy Glenn Chafin Jr. of Qulin, Missouri, Adam Michael and Joshua David Chafin of Grayridge; three daughters & spouses, Maggie Alena  & Gary Driskell Jr. of Metamora, Illinois; Jessica Marie & Drew Hickson of Dexter, Olivia Lynn Chafin of Grayridge; three grandchildren and one on the way; Ameal Chafin, Zachary Chafin, Faith Driskell, all of Metamora Illinois; one brother and wife, Mike & Faye Chafin of Rogers, Arkansas; and one sister & husband, Cindi & Glenn Oakley of Starkville, Mississippi. Other relatives and many friends also survive. He was preceded in death by his mother Loetta and two grandchildren; Bradley & Brandon Chafin.  Friends may call on Thursday, November 2, 2017, from 5:00 to 8:00 p.m. at the Watkins & Sons Funeral Home in Dexter. Funeral services will be held on Friday, November 3, 2017 at 1:00 p.m. at the Watkins and Sons Chapel in Dexter, Missouri with Bro. Dudley Hamilton of Morehouse, Missouri. Interment will be in the Chalk Bluff Cemetery in Dexter, Missouri with Watkins & Sons Funeral Service of Dexter in charge of arrangements.

To order memorial trees or send flowers to the family in memory of Jimmy Glenn Chafin, Sr., please visit our flower store.