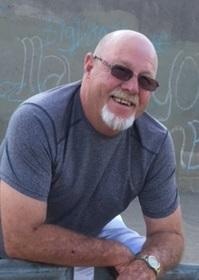 Jimmy Lynn Smith of Parma, son of the late Willie Bon & Wilma Dean Reavis Smith, was born in Malden, Missouri on July 20, 1955, and passed away at the Missouri Delta Medical Center in Sikeston, Missouri on January 9, 2017, at the age of 61 years, 5 months and 20 days. Jimmy had lived in the Parma area all his life. He was an area manager with MFA Oil. He enjoyed dancing, hunting, fishing, going to car shows and especially spending time with his family & friends.. On October 6, 1973, he married Brenda Sue Wibbenmeyer in Risco, Missouri. She preceded him in death on May 18, 2015. Surviving are one son & wife, Chris & Janice Smith of Risco; one daughter & husband, Teletia & Steve Prewett of Doniphan; six grandchildren and wife, Cody Lynn (Arriel) Smith, Samantha Ann Smith, Allen Prewett, J C Pinkerton, Ana Lyn Smith, Brittany Hall; three great grandchildren, Karrson Sisco, Madilynn Smith, Emberly Smith; three brothers & wife, Virgil Smith of Bald Knob, Arkansas, Ricky Smith of Fayetteville, Arkansas, Rocky & Joby Smith of Catron; and one sister, Nina Dorsey of Bentonville, Arkansas. Many other nieces, nephews, other relatives and friends also survive. He was preceded in death by a daughter, Sara Ann Smith. Friends may call on Thursday, January 12, 2017, from 5:00 to 8:00 p.m. at the Watkins & Sons Funeral Home in Dexter. Services will be held on Friday, January 13, 2017, at 11:00 a.m. at the Watkins & Sons Chapel in Dexter with Rev. Travis Lambert of Lilbourn officiating. Interment will be in the Rosewood Cemetery in Malden, Missouri with Watkins & Sons of Dexter in charge of all the arrangements.
To order memorial trees or send flowers to the family in memory of Jimmy Lynn Smith, please visit our flower store.