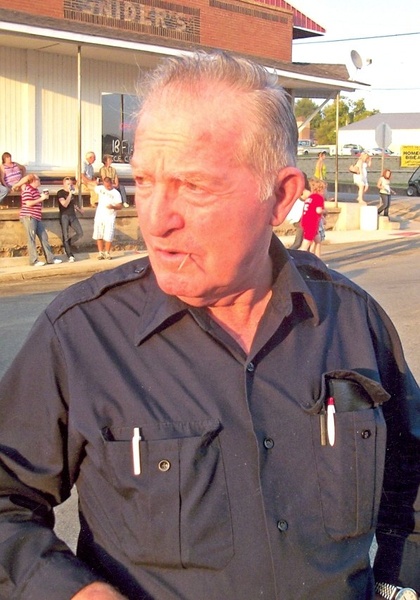 John R. Jones of Puxico, son of the late Ira and Verna Susan Neighbors Jones, was born May 10, 1935, in Puxico, Missouri and passed away at his home near Puxico on October 2, 2017, at the age of 82 years, 4 months and 22 days. He had lived in the Puxico area all of his life. He had owned and operated a sawmill and enjoyed working his sawmill for 52 years. He was a member of the Apostolic Church of the Lord Jesus Christ in Puxico. On July 24, 1954, he married Carolyn Mitchell, in Sardis, Mississippi, she passed away on November 8, 1996. On June 26, 1997, he married Ruby M. Brito in Corning, Arkansas. Surviving are his wife, Ruby Jones of Puxico; one daughter & husband, Pam & Tim Griffin of Dexter; two sons & wife, Carl & Linda Jones and James Jones & partner, Rene Hopper all of Puxico; one stepdaughter, Laura Milton of LaPorte, Indiana; one stepson, Jason Milton of Elkhart, Indiana; 4 grandchildren; 2 step-grandchildren; 8 great grandchildren; 2 step great grandchildren; two sisters & husbands, Bea & Porter Norton of Troy, Missouri, Pat & Galen Martin of Puxico; one brother, Ernest Lee Jones of Puxico. Other relatives and friends also survive. He was preceded in death by one daughter, Brenda Kay Jones, in 1963, by 8 brothers & sisters, Arzie, Paul, Kennard, Charlie, Ira Dale Jones, Mary Tucker, Margie Conner and Lucille Langford; and a special great nephew who he raised Kassey Jones. Friends may call on Thursday, October 5, 2017, from 5:00 to 8:00 p.m. at the Watkins & Sons Funeral Home in Puxico. Funeral services will be on Friday, October 6, 2017, at 11:00 a.m. at the Apostolic Church of The Lord Jesus Christ in Puxico with Bro. Brad Helm of Puxico and Bro. Dale Holman of Advance officiating. Interment will follow at the Puxico Cemetery in Puxico, Missouri with Watkins & Sons Funeral Service of Puxico in charge of arrangements.

To order memorial trees or send flowers to the family in memory of John R. Jones, please visit our flower store.